Pro-regime activists have circulated a video of a regime fighter begging on the streets of the capital, sparking anger and outrage writes Brocar Press. 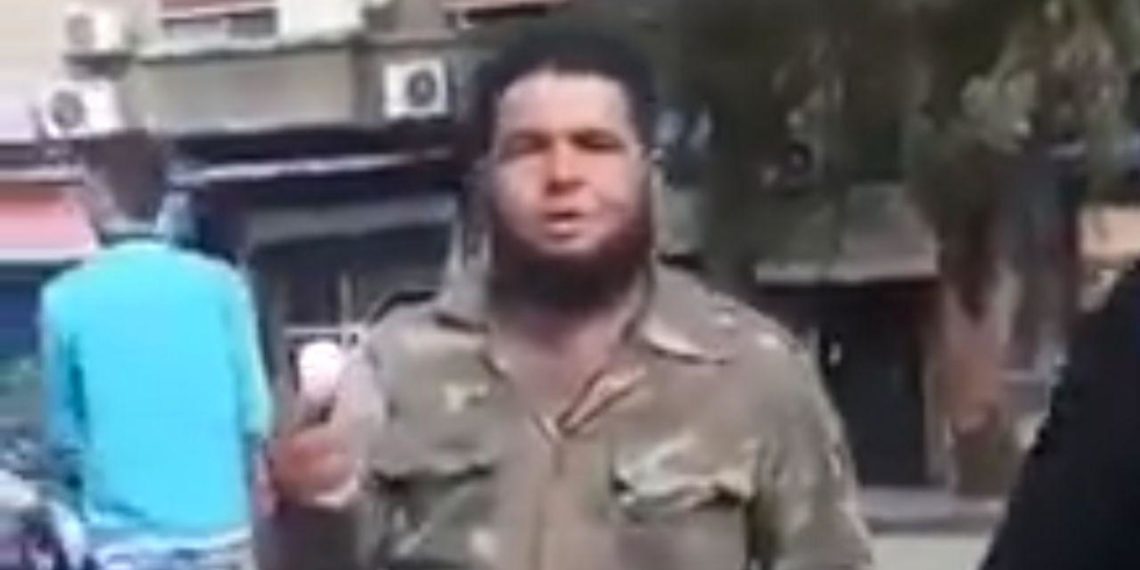 Activists on social media circulated a video clip showing a man wearing military uniform of the Syrian regime forces begging in the center of the capital Damascus, asking people to give him money so that he can return to his town.

The person in the video, which was clearly taken secretly, is wearing military uniform and is walking in the al-Fahama area asking people to give him some money to return to his town in Daraa province.

There was a discussion between the woman who took the video and the begger, when he approached her asking for some money. She asked, “Are you a soldier? How are you begging from people? Where were you fighting and where are you going?” He responded that he was a soldier and that he had been fighting the Islamic State in Idleb and that he wanted to go back to Daraa, but that he didn’t have enough money and couldn’t find any solution but begging.

The video clip got a lot of attention on social media, with one activist commenting: “In Damascus, a girl who appears defiant of Assad, documents with her lens his lies to the families of the dead. The fighter has no share of the loot and so resorts to begging. If he really was a fighter.”

The post continued: “The situation reflects the moral situation for many, many Syrians in areas under Assad’a control … They do not believe these charlatans and they are in pain for their families in the north … Even if those wearing military uniforms are beggars, this does not change anything—do not sympathize with criminals.”

This is not the first time that the camera lens has recorded regime fighters begging. In mid-2018, Assad regime loyalist pages circulated a video showing a fighter begging in the coastal city of Tartous in order to treat a wound he received fighting in defense of Assad. About a month after that there was another video circulated that showed a fighter walking in Lattakia’s streets.

In Idleb there are battles ongoing between the regime and Syrian opposition groups, with regime forces backed by Russia carrying out a military campaign in the area, killing and wounding hundreds and displacing hundreds of thousands and causing vast damage to infrastructure and service facilities.