Firas al-Khalidi has said spoken out after Ilham Ahmed discussed holding a conference in Cairo in March writes Enab Baladi. 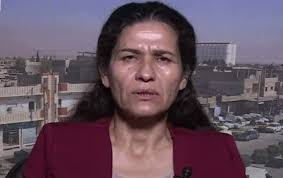 A member of the Cairo Platform, Firas al-Khalidi, has commented on the statements of the president of the executive committee of the Syrian Democratic Council (SDC), Ilham Ahmed, to the paper Asharq Al-Awsat, about the SDC’s work to hold a Cairo 3 conference in March, and that the council would be part of the Cairo Platform, represented on the constitutional committee.

Khalidi told Enab Baladi that any statement outside the Geneva declaration of 2012 and UN Resolution 2254 was “out of tune and outside the umbrella of the Syrian opposition.”

He said that any attempt to take a unilateral direction in terms of dealing with the Syrian regime or negotiating with them away from the other partners in the opposition and revolutionary forces meant moving outside the consensus.

He added: “All those who go outside the consensus, which is included by Resolution 2254, does not practically have the right to be part of the current opposition.”

“The negotiations process with the regime was defined by the authority represented in the Syrian Negotiations Committee, which serves as the container for all Syrian opposition platforms and movements, and which gains its legitimacy from the Syrian people and the United Nations and the international Small Group,” according to Khalidi.

The Cairo conference emerged from the First General Conference in Cairo, and then joined with the High Negotiations Committee.

Ilham Ahmed said in an interview with Asharq Al-Awsat that: “We hope for a political solution to resolve the Syrian crisis and are working with the United Nations in accordance with Resolution 2254,” and denied that the council would be part of any secondary tracks, whether the Sochi conference in Russia or Astana in Kazakhstan.

She said that the council was, “with the peace process in Geneva and its four baskets, and would be part of the constitutional committee to write the constitution for our country, and if Russian efforts are focused on that, we will be with them.”

She said that the council was always ready for negotiations, whether in Geneva or with the government directly, and was working on amending the constitution and other concerned committees, and had a clear vision about the solution.

Ahmed also addressed the meeting of the Egyptian Foreign Minister, Sameh Shoukry, with Syrian opposition members in Cairo, and said that the council was working to hold a Cairo 3 conference in March, and that it would be part of the Cairo Platform represented in the constitutional committee.

This was after negotiations with the Syrian regime in the attendance of a Russian adviser at the Hemeimeem base, and then moving to Damascus and holding talks with Ali Mamlouk.