Turkey has discussed a recent meeting in Moscow, between the heads to the Turkish and Syrian intelligence heads, with factions of the National Liberation Front writes Nadaa Syria. 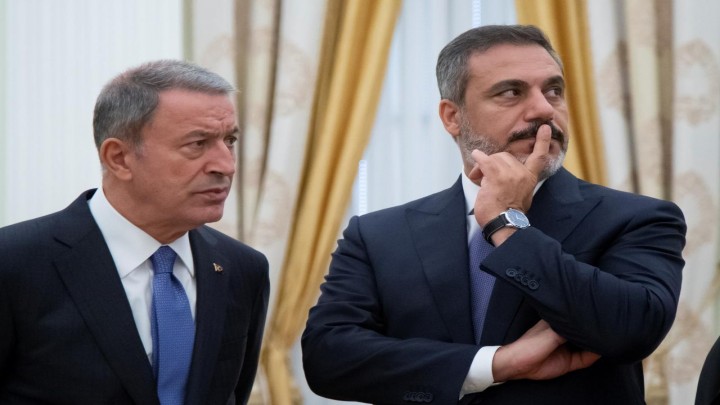 The Turks briefed the revolutionary factions affiliated with the National Liberation Front on the results of the security meeting that brought together the head of the intelligence service, Hakan Fidan and Ali Mamlouk, Bashar al-Assad’s deputy for security affairs, in the Russian capital, Moscow, last week.

A source told Nadaa Syria that Ankara had reviewed the results of the meeting with the factions in a meeting between the two sides, where Turkish officials confirmed that the main goal of the meeting with Mamlouk was to negotiate a truce in Idleb province, and that details were not discussed, such as the question of the future relations between the Assad regime and Turkey.

The source denied that Turkey had recently asked the rebel groups to work to open international roads, and Ankara confirmed that Russia and the Assad regime are only interested in a military solution in Idleb province and nothing else.

Turkish Foreign Minister Mevlut Cavusoglu spoke to Turkish media about the need for the Syrian opposition to defend itself against the Assad attacks, stressing that the Syrian regime believes in a military solution, and said that if the conflict turns into a street war, it will not end.