The city of Afrin was rocked by a car bomb that killed six civilians and caused a large amount of damage to the surrounding buildings reports Al-Hal. 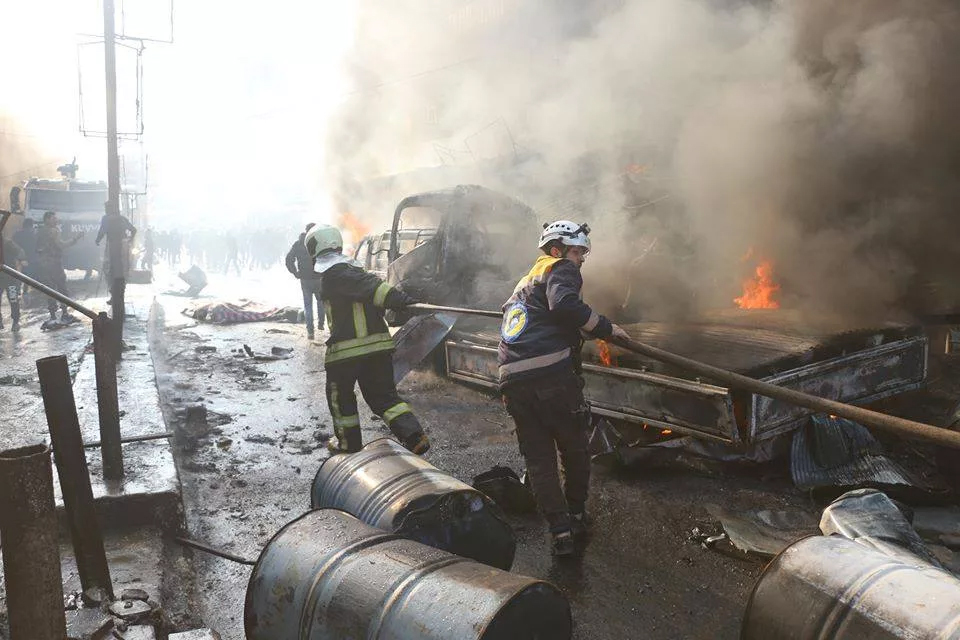 On Monday, a car bomb in Afrin city killed six civilians and wounded more than 20 others according to a preliminary count, as well as destroying a number of shops and damaging civilian homes in the area of the blast.

The Civil Defense in Aleppo province said that six civilians were killed and a number of others wounded by a car bomb on the Rajjou road, without noting any other details.

Activists from the city said that the blast occurred near the Feen restaurant and caused damage to stores and civilian homes, in an area where there was recently a motorcycle bombing.

Last week, the town of Nubl in Afrin was bombed by the Syrian army, killing two children and wounding 12 people, which appeared to have come after a Russian base was bombed by National Army factions after tensions rose between the Turkish and regime forces in the Aleppo northern countryside.