After regime advances, opposition forces have launched a counter attack, killing a number of fighters and capturing weapons and vehicles writes Alsouria Net. 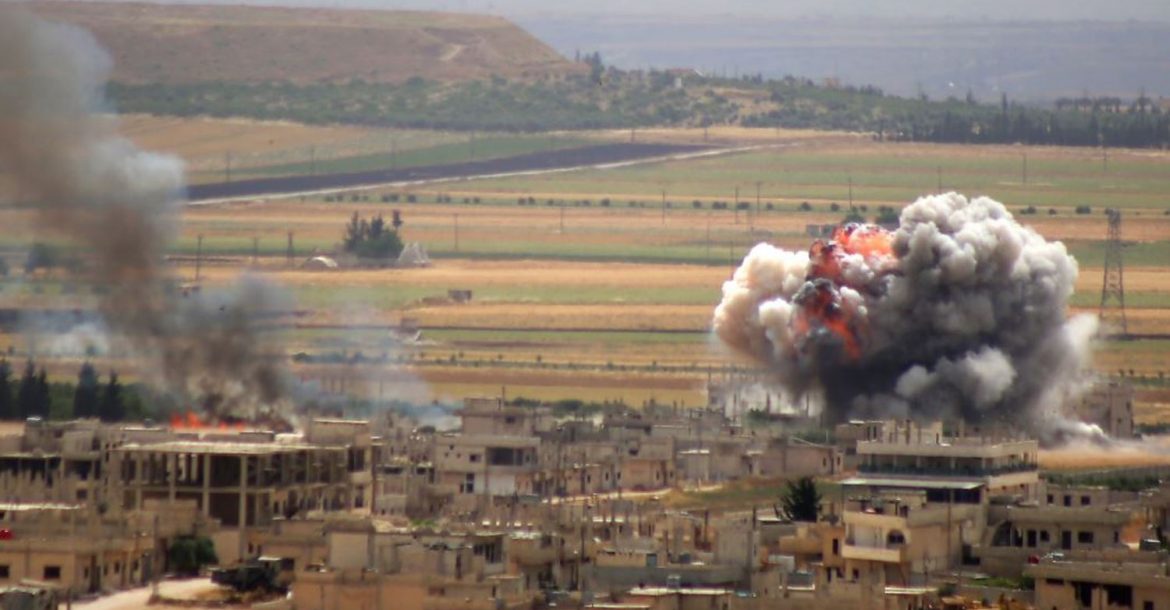 A number of rebel groups on Thursday launched a counter attack against the forces of the Assad regime, Russia and Iran, advancing in eastern Idleb province. The attack began with a car bomb attack and then was followed by launching missiles on al-Nayrab village, to which the attacking forces advanced two days ago and lies west of Saraqeb and east of Idleb city.

A source in the operations rooms overseeing the attack said that, “Assad’s militias and Iran and Russia floundered after a surprise attack that began with a car bomb which entered the first and second defensive lines of the militias, and then blew up in the Nayrab village.” But the source did not comment on reports that said Turkish artillery took part.

At the same time, a number of rebel groups bombarded the positions of Assad, Russia and Iran in Nayrab village, before groups advanced on the ground, according to the source, and, “seized two rocket launchers, a tank and an armored personnel carrier.” The source said that “the rebel groups destroyed regime militia rocket launchers … and killed and wounded dozens of them.”

Nayrab lies on the road to Idleb city, to the west of Saraqeb city, where the attacking forces were nearly able to impose a siege from four sides. But the northern Saraqeb front was not entirely closed despite the arrival of Russia, Assad and Iran’s forces to the village of Afas north of Saraqeb.

Heavy fighting continued until the time this report was prepared, with the latest information from the Saraqeb area indicating that rebel groups had launched rockets toward the positions of the forces attacking Nayrab, which has become a point for Assad’s forces to advance toward Sarmin.

Turkey says it will cling to Saraqeb

New Turkish reinforcements arrived on Thursday to the town of Taftanaz north of Saraqeb, where the Turkish army set up a new military point in the helicopter base near Taftanaz.

Four Turkish army points are around Saraqeb city, at the point where the international highways come together and bring together the M4 and M5.

The Al-Mohrar Media Network quoted its sources as saying that Turkish forces had used interference devices against Assad forces warplanes and were obstructing their missions.

Russian warplanes carried out raids on positions occupied by rebels groups east of Idleb and southwest of Aleppo.