In a phone call with the Russian president, Recep Tayyip Erdogan has promised to meet any aggression against Turkish forces with a forceful response writes Baladi News. 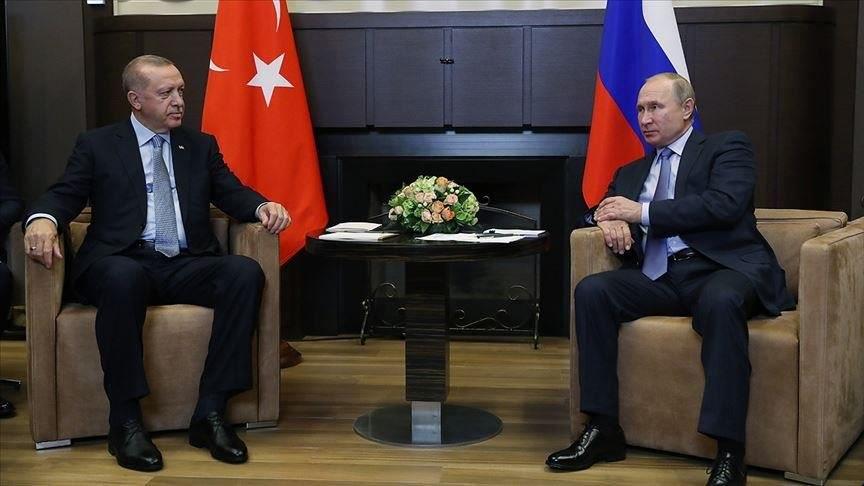 Turkish President Recep Tayyip Erdogan has said that his country will use its legitimate right to self-defense against any new attacks by the Syria regime.

This was said during a phone conversation with his Russian counterpart, Vladimir Putin, on Tuesday, during which the Turkish president stressed that the attack which struck Turkish armed forces on Monday was a “slap” to the joint efforts to create peace in Syria.

He added that Turkey will continue to use its legitimate right to self-defense against any similar attacks by the Syrian regime.

The two presidents also discussed the latest developments in the region, primarily in Syria and Libya, as well as the bilateral relations between the two countries.

Earlier on Monday, seven Turkish soldiers and civilians were killed during heavy artillery bombardment by the Syrian regime in Idleb province near Saraqeb.

The Turkish Defense Ministry said in a statement that Turkish forces responded immediately to the source of the fire.

It added that the Syria regime had opened fire at Turkish forces sent to the area to stop fighting breaking out in Idleb even though their positions had been coordinated previously.

Despite the call for a ceasefire in Idleb, the latest being the Turkish-Russian deal on Jan. 12, 2020, regime forces and Iranian and Russian militias continued their attacks on the area, killing more than 1,800 civilians and displacing more than 1.5 million others to the areas near the Turkish border since the Sochi agreement on Sept. 17, 2018.