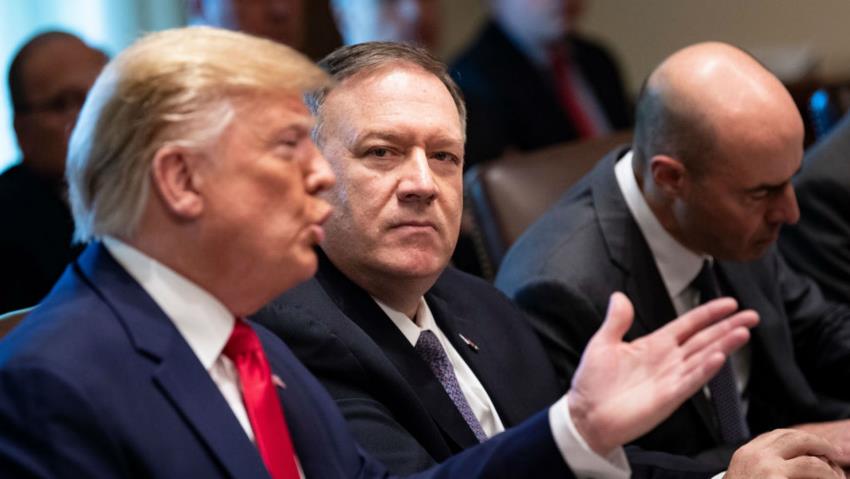 The United States on Tuesday threw its support behind NATO ally Turkey over its reprisals against the Syrian army following regime shelling in Idlib.

Twelve Syrian civilians, including a family made up of nine people, were also killed in Syrian regime and Russian airstrikes on Monday and Tuesday.

Turkey President Recep Tayyip Erdogan has said that Ankara will not allow Syrian regime forces to gain ground in Idlib province, the last rebel-held area of Syria in comments published on Tuesday, a day after the Turkish soldiers died in regime fire.

“Syria is right now trying to buy time by driving those innocent and grieving people in Idlib toward our borders. We will not allow Syria the opportunity to gain ground there,” Erdogan said in quotes published by the Hurriyet newspaper and broadcaster NTV.

“This is a clear violation of the Idlib agreement. There will of course be consequences for the regime,” Erdogan said in the interview, which was given to Turkish journalists on his plane returning from a visit to Ukraine.

Erdogan had earlier criticised Russia, the key backer of President Bashar al-Assad’s regime, for failing to enforce peace agreements in Idlib, but he toned down his rhetoric in the latest statement.

Turkey and Russia have enjoyed burgeoning trade and defence ties in recent years despite being on opposing sides of the Syrian conflict.

Under a 2018 de-escalation deal with Russia, Turkey set up 12 observation posts in Idlib aimed at preventing a full assault by regime forces, although one was surrounded by Assad’s troops in December.

“Our military observation posts are playing a vital role there and they will remain in place,” Erdogan vowed.

The regime and Russia violated the de-escalation deal in April 2019, launching an assault on Idlib province that displaced hundreds of thousands of people.

After a brief lull between September and November, Russia and the regime resumed airstrikes and advanced on the ground. On Tuesday, regime forces were within eight kilometres of Idlib city.

The UN said on Tuesday that more than 500,000 people had been displaced in the last two months as a result of the attacks.