Contrary to reports, Saudi Arabia has said that it did not invite Syria’s Permanent Representative to UN to a ceremony at his private home reports Al-Arabiya. 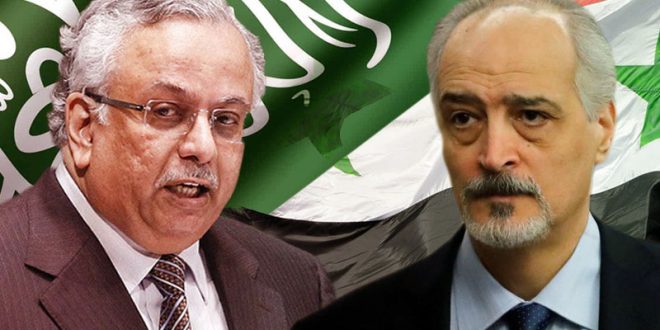 Mouallimi told Al-Arabiya on Friday: “I wish this report had been correct. We would be happy for Syria to return to the Arab ranks and act as a country that plays its role and carries out its duties within the framework of the Arab ranks and give up its current attitudes towards its people.”

The Saudi delegate said: “If that were true, we would have been the first to welcome Syria and Ambassador Bashar al-Jaafari. But this news is not true at all.”

He added: “What happened is that, the following day, there was a forum in the General Assembly attended by all countries and dozens of permanent delegates. At the end of the forum, we invited the attendees to a reception held in honor of Dr. Fahd al-Mubarak, so that delegates could get to know him personally. There was no special invitation or invitation to dinner or in any special context. Ambassador al-Jaafari saw fit to attend this reception, and we welcomed him as we welcomed dozens of other ambassadors.”