Syria's Foreign Minister has written to the UN to confirm that they will continue to attack Idleb and Aleppo, to stop the attacks by terrorists writes SANA. 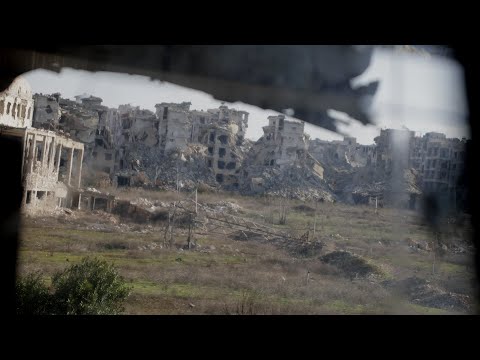 Syria has affirmed that the military operations carried out by the Syrian Arab Army and its allies in Aleppo and Idleb governorates come after appeals from the Syrian citizens and in response to the systematic crimes committed by the armed terrorist groups.

That affirmation came in two letters sent Saturday by the Foreign and Expatriates Ministry to the head of the UN Security Council and the UN Secretary-General.

“Armed terrorist groups, the top of them Hay’at Tahrir al-Sham and Jabhat al-Nusra, the Security Council designated terrorist groups, continue to commit terrorist crimes targeting civilian gatherings, civil and service facilities, such as hospitals, schools and places of worship in Aleppo and its countryside and Idleb governorate in Syria, claiming the lives of a number of civilians, injuring others, mostly children, women and the elderly, and causing the destruction of a lot of infrastructure,” the letters said.

The letters referred to the martyrdom of 23 civilians over the past week alone in the bombing that was carried out by these groups on al-Sukari neighborhood and other neighborhoods in Aleppo on Jan. 16, 2020.

The letters said that the precise and well studied military operations carried out by the Syrian Arab Army and its allies in Aleppo and Idleb come after the appeals from the Syrian citizens in these two governorates, and in response to the systematic crimes committed by the armed terrorist groups that continue to exploit the unwavering military and logistic support provided by Western countries and their tools in the region.

The letters touched upon the continued siege imposed on civilians by the terrorists of al-Nusra and other groups affiliated, to prevent them from exiting to safe areas through Abu al-Duhour, al-Habbit, and al-Hader corridors, opened earlier by the Syrian army in Idleb and Aleppo countryside, in addition to targeting civilians who are trying to get rid of the criminal practices of these groups.

Syria affirms, the letters concluded, that the military operations carried out by the Syrian Arab Army and its allies to eliminate the gangs of Islamic State, al-Nusra, and other terrorist organizations will not stop until the elimination of those terrorists, who threaten the safety and security of Syrian civilians.