Residents in Daraa have protested and called for the regime's downfall after the body of an executed man was discovered reports Brocar Press. 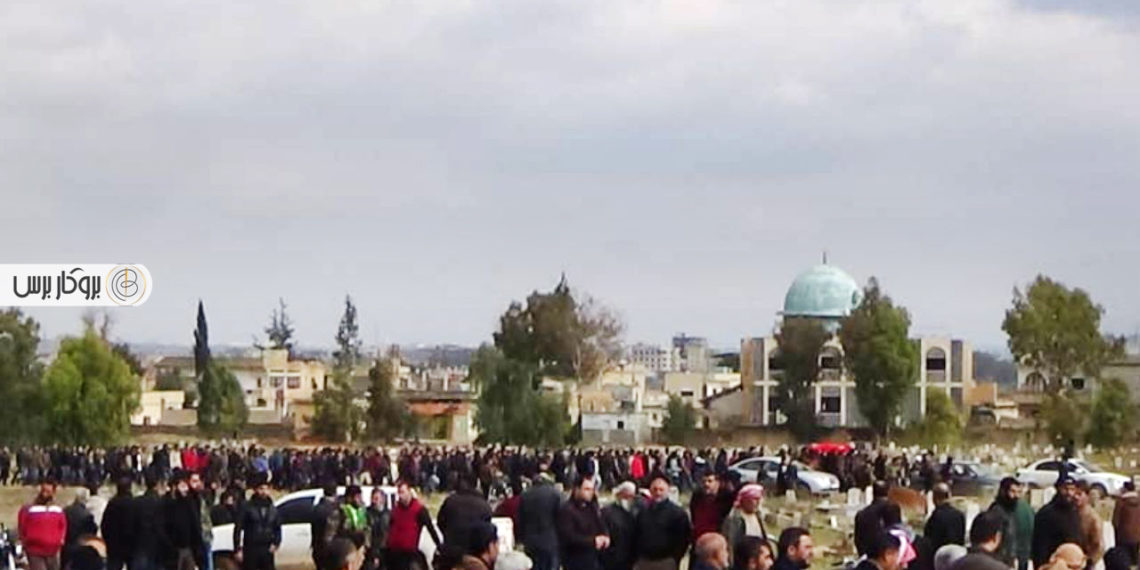 Hundreds of residents of Daraa city mourned a young man, Mohamed Ismail Labash Abazid, after residents found his corpse riddled with bullets in the al-Arbain district in Daraa.

Brocar Press’s correspondent in Daraa, reported that residents had mourned Abazid in a protest in which they called for the downfall of the regime, and in which they chanted for the young man, “Oh martyr, rest, rest … we will continue the struggle.”

The correspondent said that residents had blamed the death of the young man on the regime’s Political Security branch, saying that Abazid was kidnapped seven days earlier in Daraa city.

The killing of the young man came after Daraa city residents staged a protest in which they called on the regime to reveal the fate of prisoners.

Abazid was formerly a member of an opposition group and after the settlement he stuck to his house and did not join regime forces.

Daraa province has witnessed continuous tensions, manifested by assassinations, systematic killings of civilians and former commanders in opposition groups and others in regime ranks, at a time when residents have accused regime agencies of assassinations and killings.