Seven shepherds from Deir ez-Zor were killed on Monday night and the Iranian militias are the main suspects writes DeirEzzor 24. 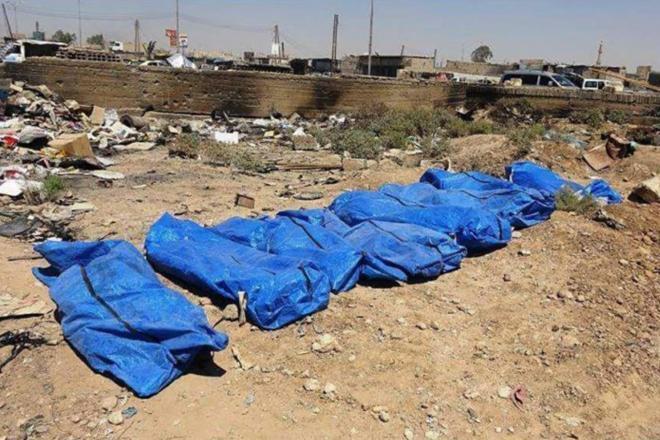 A massacre that killed seven people was committed on Monday night. The victims came from Aiyash village in the western Deir ez-Zor countryside (al-Shamiyah), a Deir Ezzor 24 network correspondent said.

According to local sources, the finger of blame is being pointed at the Shiite militias in the area, as the method of killing is similar to the massacre that occurred in Raqqa countryside a few days ago, but this time, the victims were subjected to a mass execution by firing squad. Assad’s forces are trying to pin the blame on the Islamic State and shift suspicion away from the Iranian militias.

It was reported that the victims are sheep breeders, who were temporarily living in tents near to where the sheep graze. The massacre started on Monday evening when 10 masked men riding in two pick-up vehicles, dressed in military uniform, ordered the men at gunpoint to fill the two vehicles with sheep before they put them in the vehicles, took them away from the tents, and killed them.

The horrific crime has left the region feeling tense and people are demanding that Assad’s forces find the perpetrators and hold them accountable, or leave the people to take revenge on the perpetrators, who killed the seven men.