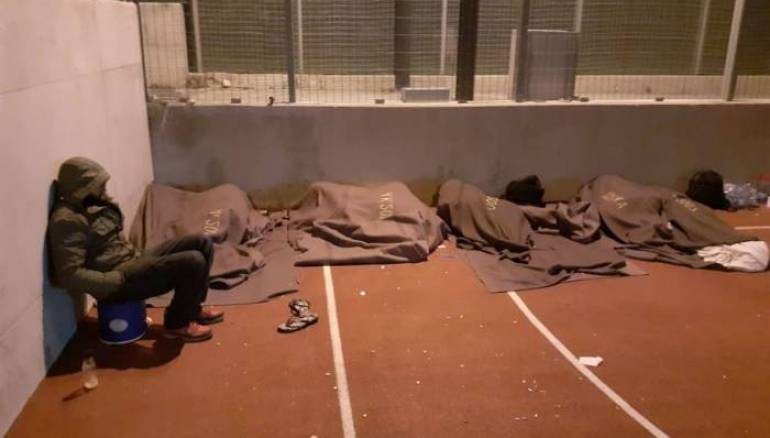 One of the detained refugees told Zaman al-Wasl that most of the Syrian refugees who applied for asylum had endured severe scrutiny and provocative interrogations about religious and political beliefs.

”We have been living in atrocious conditions as if we are in prison,” he added.

According to DW, the Mediterranean country has seen a sharp rise in refugee arrivals since the beginning of the refugee crisis in the region. While the figure in 2016 stood at 2,871, in 2018 it jumped to 7,713. Up until June of last year 6,554 people had asked for asylum — a number expected to rise sharply by the end of the year. At the same time the country’s asylum system has a backlog of 14,000 asylum applications. The Cypriot government has already asked for the EU’s assistance in relocating at least 5,000 migrants based on bilateral agreements.

A large number of asylum seekers in Cyprus usually arrive at Ercan airport in the North and then cross into the Greek-Cypriot part to ask for international protection.

Eight years of war in Syria, which erupted in Daraa as peaceful protests, has killed 560,000 people and driven half the pre-war population of 22 million from their homes, including more than 6 million as refugees to neighboring countries.