Despite denials about their presence in Libya, reports have emerged about the death of four Syrian fighters from the Syrian National Army reports Zaman Al Wasl. 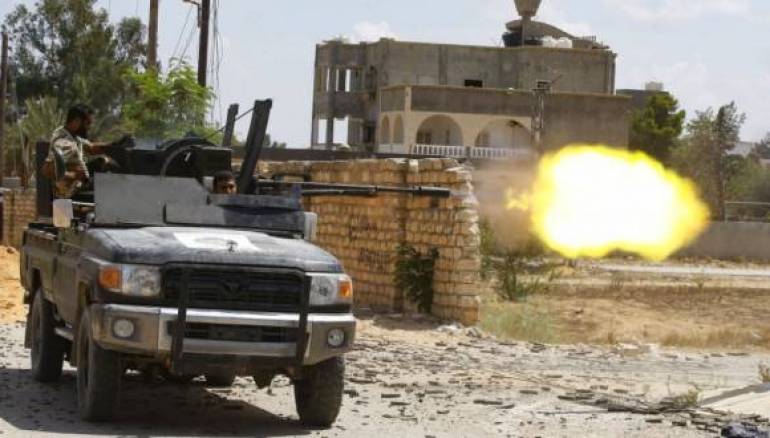 A well-informed source said four fighters operating as part of the Turkish-backed Syrian National Army (SNA) had been killed in Libya, fighting along with the UN-recognized Government of National Accord (GNA) in Tripoli.

According to a rebel commander, who spoke on condition of anonymity, the bodies of the fighters were buried on Friday in the towns of al-Bab and Marea.

The fighters were from the Sultan Murad Brigade and al-Mu’tasim Division.

Sources told Zaman al-Wasl that tens of Turkish-backed rebels have been deployed in Libya along with Turkish forces, as Ankara presses to implement a military cooperation agreement with the GNA in Tripoli reached in November.

The Turkish Military Intelligence met with commanders of the SNA in December in the eastern countryside of Aleppo, where they agreed to open a recruitment office.

The Turkish intelligence offered a number of incentives to attract the largest possible number from the National Army to register, including a monthly salary estimated at 3,000 dollars for officers and 2,000 dolars for other elements, in addition to providing weapons and ammunition as well as food, in exchange for at least a three-month combat mission in the Libyan territory.

Sultan Murad and al-Mu’tasim opened the door for voluntary registration, according to the source.

Two weeks ago, the opposition Syrian Interim Government denied it would be sending any troops to Libya amid reports confirming the beginning of training and deployment.

“We categorically deny sending any of our forces and military formations to Libya. Our priority in the Syrian National Army is to protect our Syrian people from the regime’s militias and its Russian and Iranian supporters,” it said in a statement.

Meanwhile, Russian President Vladimir Putin said on Saturday he expects that a cease-fire in Libya would take effect in line with the recommendation jointly put forward by Russia and Turkey.

Speaking at a press conference, following a meeting with German Chancellor Angela Merkel, Putin said the conflict in Libya undermines the situation in the region and has a “negative impact” on Europe.

On Wednesday, Turkish President Recep Tayyip Erdogan and Putin urged a cease-fire in Libya following their meeting in Istanbul.

Since the ouster of late leader Muammar Gaddafi in 2011, two seats of power have emerged in Libya: one in eastern Libya supported mainly by Egypt and the United Arab Emirates and the other in Tripoli, which enjoys UN and international recognition.

Turning to Iran, Putin called on the EU to fulfil its obligations under the nuclear deal, saying it is necessary to preserve the agreement to prevent Iran from developing nuclear arms.