Two reports have documented the death toll in Syria over 2019, which is the losses it’s been over the course of the year writes Alsouria Net. 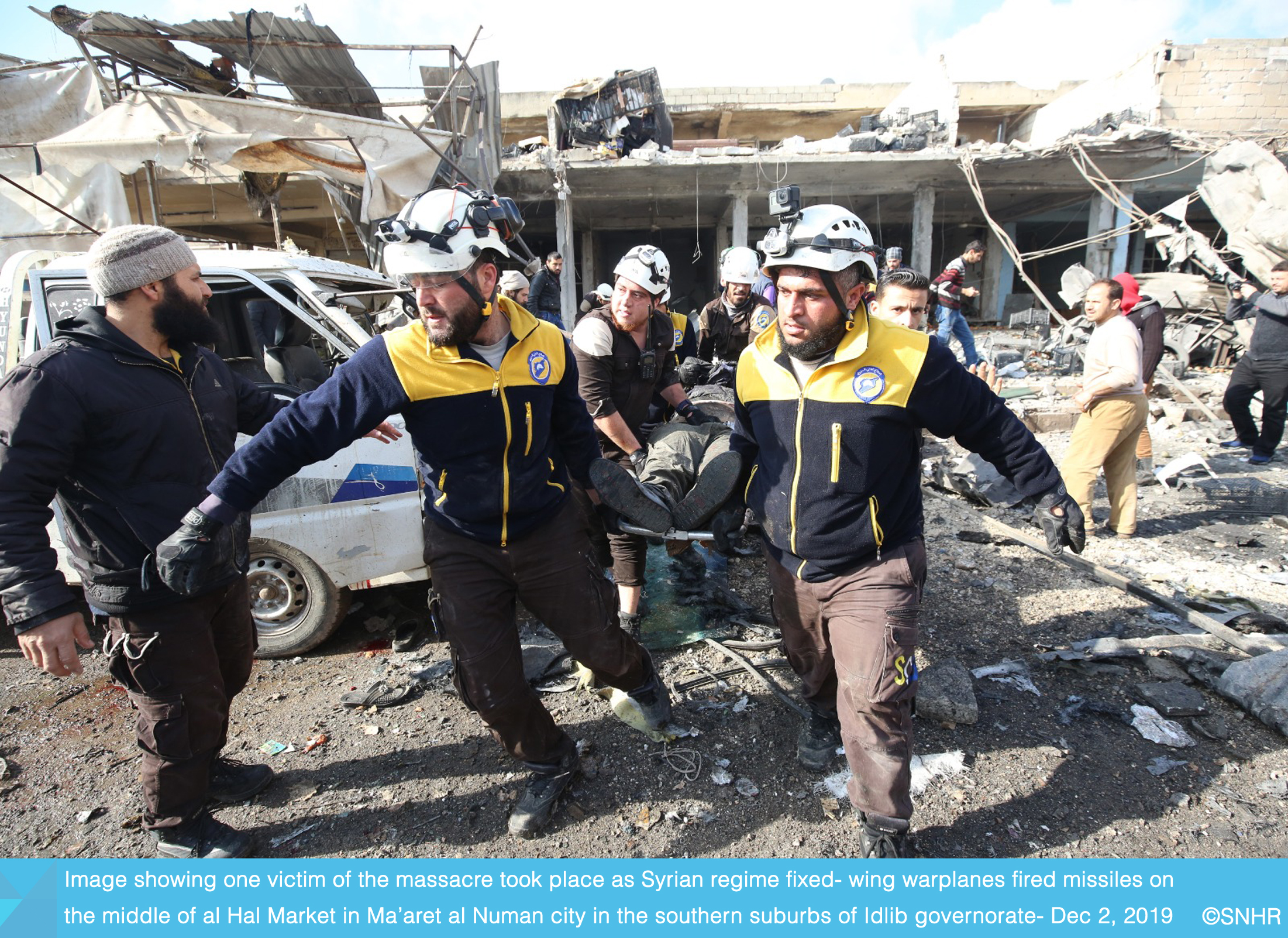 The report also said that 305 people were killed under torture in 2019, including 275 killed by the regime, four by Hay’at Tahrir al-Sham and armed opposition groups, and 13 by the SDF, with nine killed by other groups.

The Network documented the occurrence of at least 109 massacres during the year, 43 committed by regime forces and 22 by Russian forces. Six were committed by the SDF, and three by International Coalition forces, and 35 by other groups.

The Syrian Observatory for Human Rights documented the deaths of 3,473 civilians in Syria in 2019, including 1,021 children, describing it as the “least bloody year since the start of the war, which has over about nine years resulted in the deaths of 370,000 people.”

The Observatory said on its official page that 2019 had registered the lowest annual death toll since 2011, with 11,215 people killed, including fighters and civilians, in 2019. It said that the civilian death toll was 3,473.

The Observatory said that 2019 had seen “fierce fighting” on three fronts—first, in March, when the Kurdish People’s Protection Units expelled ISIS from its last holdout in easternmost Syria near the border with Iraq.

The Syrian Network for Human Rights called on the United Nations to condemn the crimes and massacres, the two primary culprits in the destruction of the “de-escalation” agreements and for a return of the peace process to its usual form after Russia’s attempts to distort it and to put forward the Constitutional Committee in place of the transitional governing body.