Russia’s ambassador to Lebanon has spoken about Putin’s recent trip to Damascus and recent developments in the region writes SANA. 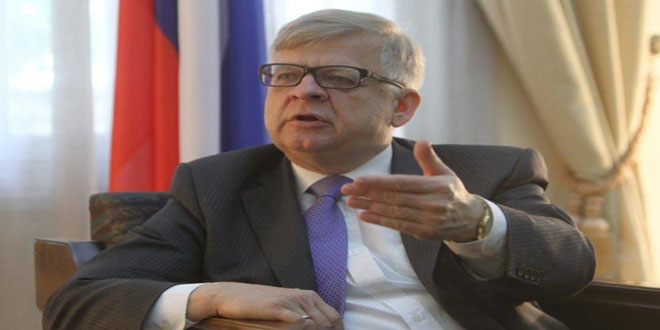 The Russian Ambassador in Lebanon, Alexander Zasypkin, stressed that the situation in Syria is about to be solved, indicating that the visit of Russian President Vladimir Putin to Syria and his meeting with President Bashar al-Assad has “great and positive connotations.”

In a televised statement on Wednesday, Zasypkin pointed out that the visit, which comes in light of the atmosphere of tension in the region, proves to the world that the two countries have adopted a firm, integrated and solid stance.

He pointed out that the meeting between the two presidents is very significant with regards to drawing the features of the upcoming stage and to resuming the anti-terrorism operation and comprehensive cooperation, which has significant connotations in the international arena and the region.

Zasypkin said that the situation in Syria is developing and heading towards a solution and that is the main track agreed on by all parties.