The Russia-affiliated Fifth Corps has moved towards the Lebanese border, in a response to movements by Hezbollah reports Al-Modon. 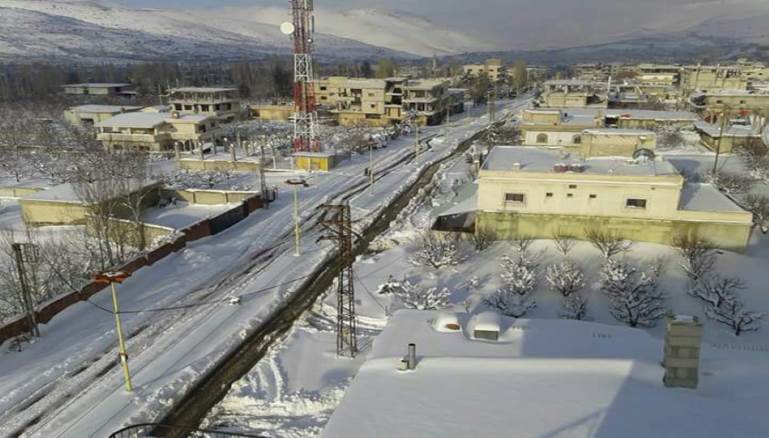 In light of reports about the redeployment of Hezbollah along the Syrian-Lebanese border and them moving some of their forces to Lebanese territory adjacent to the border, forces from the Russia-affiliated Fifth Corps reached the border town of Sarghaya, according to Al-Modon’s correspondent, Ahmed al-Shami.

A local source told Al-Modon that the dozens of fighters from the Fifth Corps had reached Sarghaya and Ayn Hawr, despite terrible weather conditions, and included volunteers from the area, to deploy in military positions alongside the border, and on the road between Sarghaya and Zabadani.

Al-Modon’s source said that Sarghaya and Ayn Hawr were areas under the influence of Hezbollah and the Fifth Corps. The source said that the deployment of forces loyal to Russia in the border area occurred near Hezbollah positions, which they did not insist on evacuating entirely, although some Hezbollah fighters did depart from border positions for Lebanese territory, where the group has bases near Syrian territory and training camps.

The Fifth Corps arrival to Sarghaya was a surprise, and was accompanied by two conflicting accounts published by members of the “reconciliation committees,” the first of which said that the Fifth Corps reinforcements had arrived with the aim of controlling smuggling operations to and from Lebanese territory, which had recently escalated, and resulted in regime forces imposing something like a blockade on the transport of food and medical goods into Zabadani.

The second account indicated that the Fifth Corps deployment was an item agreed upon between the reconciliation committee in Sarghaya and the Russians, who oversaw the evacuation of the opposition from the city at the start of 2017.

The agreement stipulates that a force be formed from residents of the area under the observation of the Fifth Corps and opposition fighters who underwent “settlements,” and tasked with controlling security in the area and on the Syrian-Lebanese border.

Al-Modon’s source said that the areas where Hezbollah had deployed around Sarghaya, such as Zabadani and Madaya, and even the Damascus-Beirut highway, had not seen any changes.

Al-Modon’s source said that the Russian presence in the area was considered to be very limited, when compared to Hezbollah and its influence. The Russia-backed militias only had one base set up at the entrance to Madaya at the start of 2019 after the reorganization of volunteers in the National Defense militia.

Al-Modon’s sources in western Qalamoun said that Hezbollah had strengthened the presence of its forces in three areas where they had previously been deployed: The site overlooking Asal al-Ward; the site between Rankos and Mazara’ Talfita; and the point between Talfita and Halboun.

The sources said that new Hezbollah reinforcements had arrived after reports of a regime checkpoint being struck at the entrance to Talfita, and four fighters being killed, as well as a regime officer being targeted in the outskirts of Asal al-Ward, which had been claimed by the Qassioun Brigades on Telegram.