Three children, who were earning a living at a garbage dump in Idleb city, were killed when a truck dumped garbage on them reports Brocar Press. 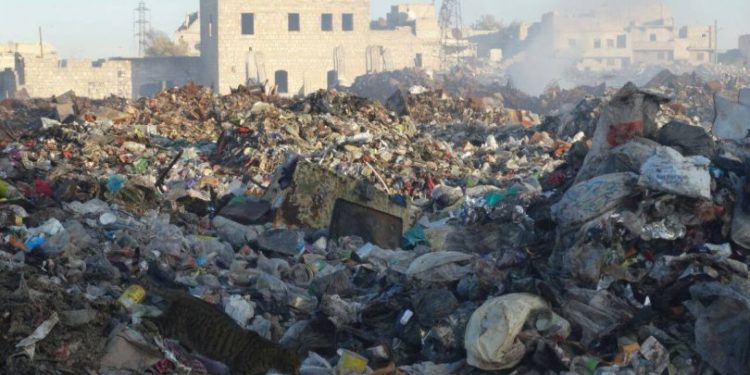 On Monday, three children died as a result of trash falling on them while they were in a dump around Idleb city.

Local pages said the Civil Defense Force removed the bodies of three children who died when trash fell on them while they were working in a dump near Idleb city, while two other children were removed alive.

The children had gone to Idleb to work in a variety of professions with the aim of securing a livelihood, given the major rise in children dropping out of school and unemployment and the collapse of the living situation.

According to the Humanitarian Response Coordinators in northwestern Syria, of the 1,703 civilians that were killed in 2019, more than 470 have been children. The team also documented the targeting of more than 143 educational facilities by Russian and Syrian regime warplanes.