The Syrian Observatory for Human Rights has recorded the deaths of eight people, including four children, when surface-to-surface missiles hit a market, kindergarten and school in Idleb. 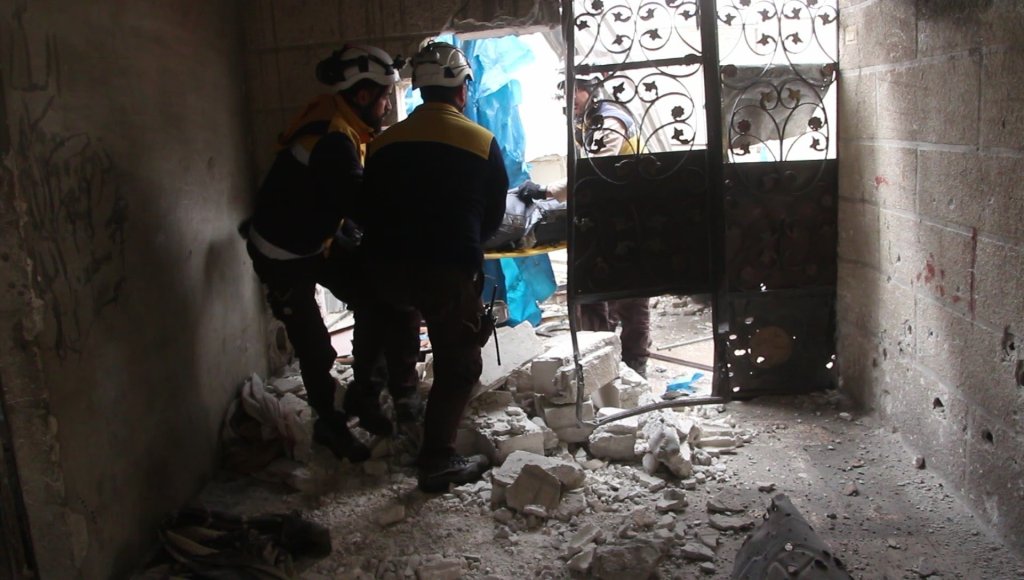 On Wednesday, Syrian regime forces and their Russian ally carried out a horrifying massacre against children in the town of Sarmin, south of Idleb, killing eight people so far and wounded 16 others.

Activists said that the attack on Sarmin included a market, kindergarten and school, hit with surface-to-surface missiles loaded with cluster bombs, which killed eight civilians.

The eight civilians killed including four children and two women, while 16 others were wounded as a result of the bombardment, which hit the school, which was full of students and teachers, and resulted in a massacre, according to the Civil Defense.