Opposition and Islamist factions in the National Front have said that they see no other option but to fight the regime and its allies on the battlefield reports Al-Modon. 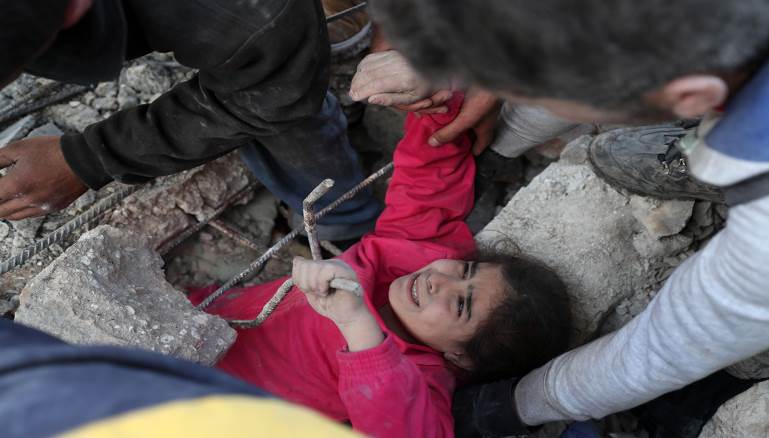 Opposition and Islamist factions have escalated their language and for the first time major rebel commanders in the National Front, which is backed by Turkey, have said the political solution has failed and they have been faced with one choice, which is to enter a decisive battle with the regime and its allies, which could be the last.

The commander of Ahrar al-Sham, and a member of the command council of the National Front, Jaber Ali Basha, said: “Russian mercenaries and Iranian hordes have not intimidated us for a day, and their mobilization will not scare us.” He vowed to Russian militias to make the regions of northern Syria their grave and to give them a lesson they will not forget. The deputy commander of the National Front, and commander of Saqour al-Sham, Ahmed Eissa al-Sheikh, said: “No-one can be excused from the final battle of the revolution. Opening the fronts is the solution to escape the criminals’ farce, which is played by the killers of women and children and those who condemn and denounce these action, while watching with cold blood—if not sadistic enjoyment. Opening the fronts reveals the regime’s dilapidated reality and guarantees the revolution’s real security, not a false hideout. Do we adhere to a truce that will be cold and peaceful for them and will be hell and war for us?”

The statements and positions of the National Front included a full plan for the battle and opening the fronts—that is, carrying out wide-scale attacks and ending the undeclared compliance with the de-escalation, amid explicit calls on all National Army units to take part in repelling and attack the regime’s forces.

The declared position of the National Front may reflect the implicit agreement among its various constituents to fight and enter seriously into the battle, perhaps with Turkish backing, and could be the beginning of a sorting-out between its members. The Islamist factions are inclined towards the decision to fight with full energy to get rid of the consequences of the de-escalation agreements, and therefore enter the trench with Hay’at Tahrir al-Sham. The Islamist factions are Jaish al-Ahrar, Ahrar al-Sham, Saqour al-Sham, Tajammu Dimashq and others. In that case, this armed coalition will not receive any Turkish support in the battle and will see other groups such as Faylaq al-Sham distance themselves.

The head of the political office in the al-Muatassim Division of the National Army, Mustafa Sijri, told Al-Modon that residents of Idleb had put their full trust in Turkey to save them from the brutality of the regime and its allies, and that they are still waiting with hope and trust in Turkey’s position toward Syria. According to Sijri, regime militias over the past 48 hours alone had killed more than 40 people in Idleb, most of them women and children. He said: “We know the amount of external and internal pressure Turkey is under, but we are being killed, without seeing any international or Arab mobilization against the criminal operations of the Russian occupation and without being given the right to defend themselves.”

Sijri added: “We call on Turkey and its president to resume military support so that we can defend our people from Russian terrorists. Yes, we believe in the political solution, but what has happened recently has been a weakening process that has reached the point of murderous starvation to push toward surrender.”