A car bomb exploded in the village of Tel Halaf in the Ras al-Ayn area, killing five, as the YPG continue their fight against Turkey-backed forces writes Zaman al-Wasl. 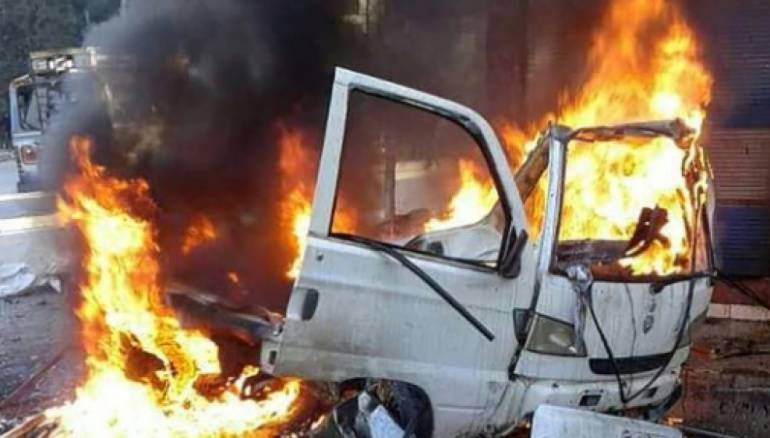 In a statement, the ministry said the terror group targeted civilians in the village of Tel Halaf in the Ras al-Ayn area, according to Anadolu Agency.

Car bombs have become the new attack tactic used by the Kurdish militias to target Turkish-backed fighters, but this deadly tactic has claimed the lives of tens of innocent people in the past few weeks as blasts hit marketplaces and bus terminals in the towns of Azaz, al-Bab, Jarablus and Tel Abyad.

On Oct. 9, 2019, Turkey and the National Syrian Army launched a cross-border attack against Kurdish-held areas, grabbing a 120-kilometre-long (70-mile) swathe of Syrian land along the frontier.

The operation left hundreds dead and caused 300,000 people to flee their homes, in the latest humanitarian crisis in Syria’s brutal eight-year war.

Ankara wants to set up a buffer zone on Syrian soil along the entire length of its 440-kilometre-long border, and resettle some of the 3.6 million Syrian refugees currently in Turkey.