Families who fled the Turkish advance in Ras al-Ayn are now wondering whether they will ever be able to return to their homes writes Asharq Al-Awsat. 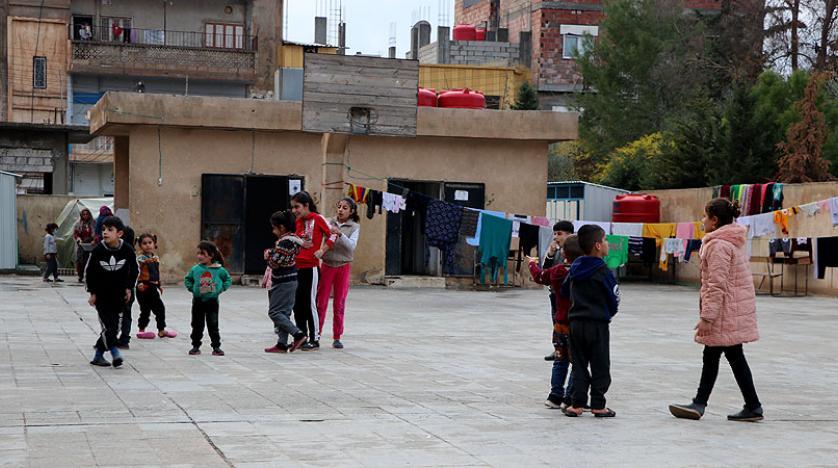 Lying on a UNHCR handout sleeping mat in a refugee shelter in Syria’s Al-Hasakah governorate, 40-year-old Saadiya can’t hold back the tears streaming from her eyes.

A few days ago, she had visited her household in Ras al-Ain where she discovered that it was robbed empty.

“They stole mattresses, blankets, pillows, and wool rugs. It took me years to build my house. I wish I had been killed in it and not witnessed these atrocities,” Saadiya wept.

She had fled her home accompanied by her husband and children at the beginning of last October, when the Turkish army and allied Syrian factions launched a broad military operation to take control of areas near the border with Turkey.

After regime forces regained control of Ras al-Ain, Saadiya decided to pay a visit to her hometown, where she was told she could inspect her house but cannot stay.

“The officer in charge allowed us to visit the house, but wouldn’t let us hang around, and when I asked about why our assets were stolen, he answered me with a snicker, saying that soldiers were dying for our protection,” Saadiya recounted.

Armed forces, including regime forces, have plundered civilian properties over the course of war in Syria.

“My brother fought alongside the regime and was killed in the battle against ISIS, and now they forbid us from returning to our homes,” Saadiya complained.

More than 300,000 Syrians had fled Ras al-Ain and Tel Abyad after the Turkish attack, heading to the neighboring areas. In the northern Hasakah governorate, 68 school buildings have been transformed into makeshift shelters where approximately 2,500 displaced families live. These families include 900 pregnant women and 60 unaccompanied children.

More so, the Autonomous Administration of North and East Syria, otherwise known as Rojava, had opened a new refugee camp which is hosting nearly 4,000 escapees who fled their homes in fear of violence.