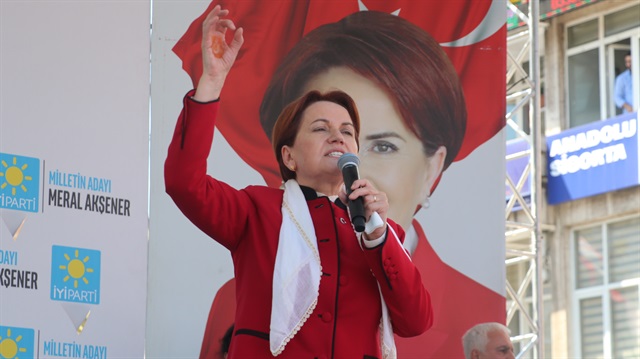 The head of the Turkish opposition Iyi Party, Meral Aksener, called for Syrian refugees in Turkey to be deported back to their country in three stages.

Aksener said that every person feels joy in their mother country, and based on that Syrians should return to their country, as she put it.

The Turkish politician said that the first stage would be a precise study of the Syrians’ situation in Turkey and an examination of their living situation.

The second stage, according to Aksener, would focus on coordination between public institutions, in cooperation with the migration directorate in the Interior Ministry, to prepare a strategic plan to return refugees to their country.

The plan aims in the third stage, according to Aksener, to establish a committee to work and coordinate with the Syrian regime to return Syrian refugees to the cities, towns and districts where they had been living before the war.

She pointed to the need to stop giving Syrians Turkish citizenship and to stop the open-door policy that the government of her country has pursued with them, as well as expelling non-registered people directly to their country.

The Iyi Party is known as an extreme nationalist party, which is opposed to the ruling Justice and Development Party with regards to Syrian refugees. More than once, its officials have called for direct dialogue with the Assad regime.