The Italian network Rai conducted an interview with President Bashar al-Assad, but has delayed broadcast of the interview, citing editorial differences. 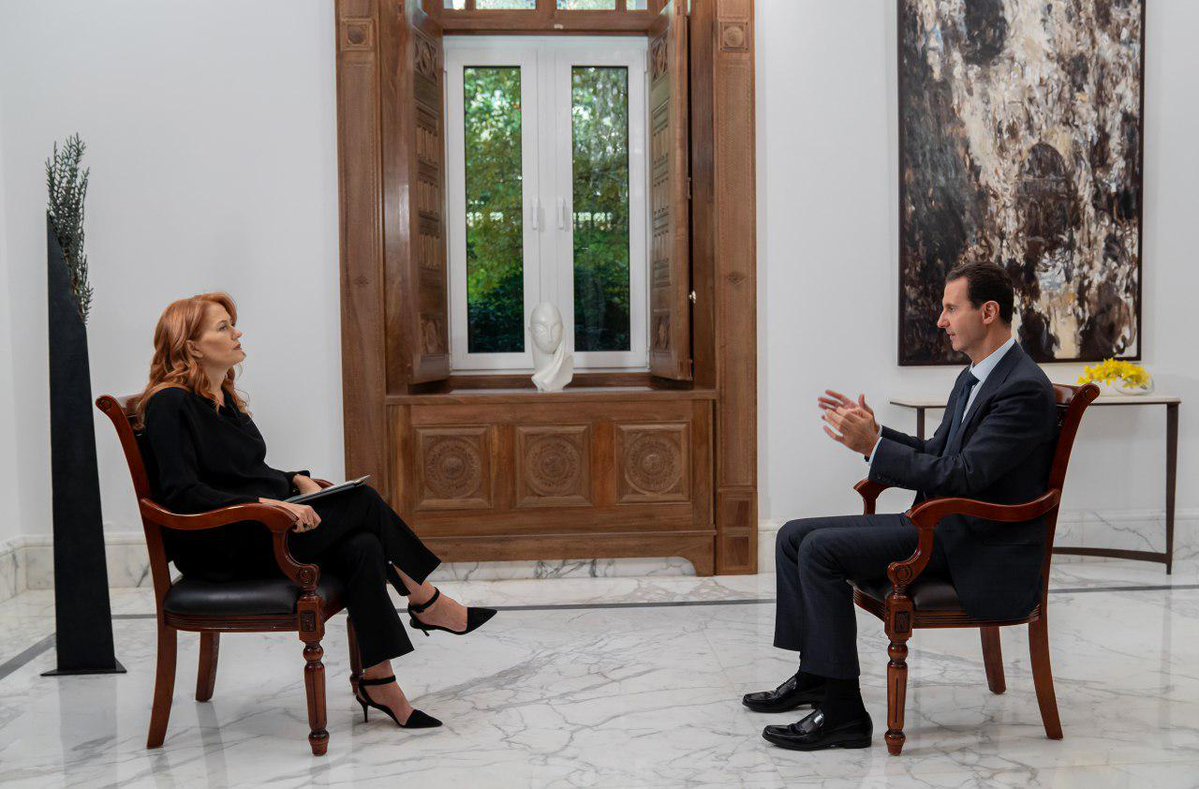 The official Facebook page for the Syrian president slammed an Italian TV network for failing to air an interview it conducted with President Bashar al-Assad last month.

On Nov. 26, 2019, the page said, “President Bashar al-Assad granted an interview to Rai CEO, Monica Maggioni. It was agreed that the interview would air on Dec. 2, 2019, on both Italian Rai News 24 and Syrian national media outlets.

“Early on the morning of Dec. 2, 2019, we received a request, on behalf of Rai News 24, to delay the broadcast with no clear explanation. This was later followed by two further requests to delay, with no date set for when the interview will air and no further explanation.”

Italian public broadcaster Rai explained the reason behind the delays as a lack of internal agreement between different editorial departments within the company.

“The interview with Syrian President Bashar al-Assad, conducted by Rai Com Executive Director Monica Maggioni, was not ordered by any Rai publication, so the release date could not be agreed beforehand,” Rai Group Executive Director Fabbrizio Salini said.

A spokeswoman for Rai said the company did not know when and where the interview would be aired.

The president’s Facebook page concluded that the actions of the Italian TV channel reflect, “another example of Western attempts to hide the truth on the situation in Syria, and its ramifications on Europe and the international arena. If Rai News 24 continue to refuse to air the interview, the Political and Media Office of the Syrian Presidency will broadcast the interview in full, on Dec. 9, 2019, at 9 p.m. Damascus time.”