It is rumored that Boutheina Shabaan, the President’s current Political and Media Advisor will head the new ministry and its also rumored that there will be a new cabinet. 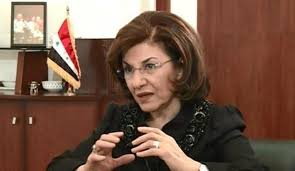 On Wednesday, President Bashar al-Assad issued Law No. 27 for  2019, which stipulates the creation of the Ministry of Higher Education and Scientific Research, according to SANA.

The new ministry enjoys a legal personality and financial and administrative independence and replaces the current Ministry of Higher Education.

Many Facebook pages have been circulating rumors of a new cabinet being formed under a new Prime Minister, the current Minister of Education, Mouwafaq al-Azab.

Rumors say that the newly formed portfolio of Higher Education and Scientific Research will be occupied by Boutheina Shabaan, who is currently the President’s Political and Media Advisor.

If the rumor is true, this will in fact be a demotion for Shabaan. Her current role keeps her intimately involved with the president, but this will diminish if she becomes a minister of a ministry. She will have an impressive title, but little political influence.

Another major change will involves the current Foreign Minister Walid al-Muallem, who will be replaced by Syria’s Permanent representative at the UN, Bashar al-Jaafari.

Rumors claim that Syria’s first lady will be wielding her influence in forming the new cabinet.