The head of the opposition delegation has said that they regime is refusing to discuss certain issues and that the continued killing is hindering the work of the committee writes Brocar Press. 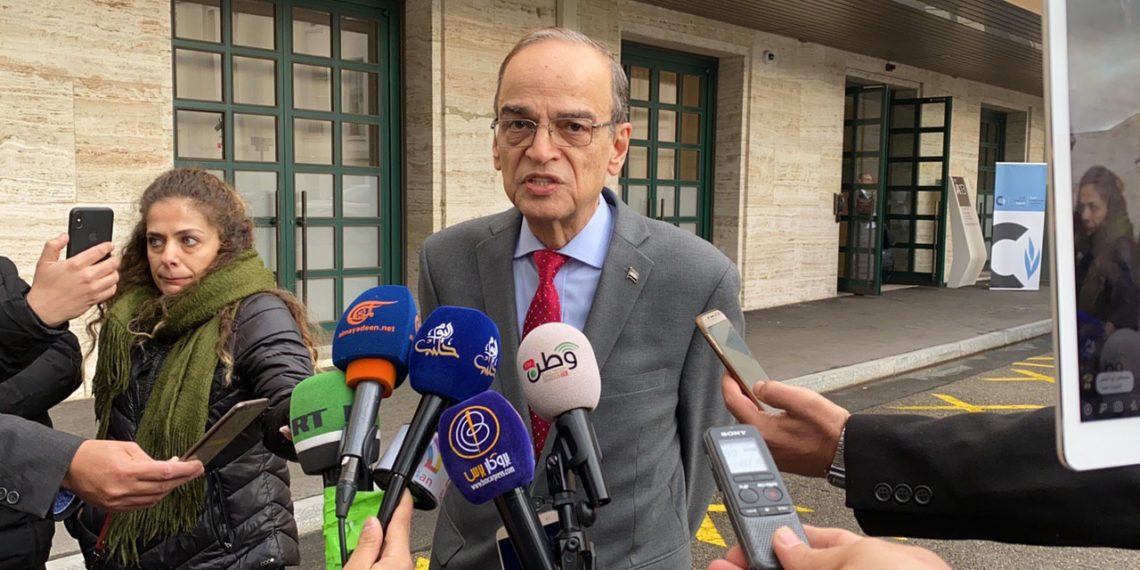 The head of the Syrian opposition delegation in the Constitutional Committee, Hadi al-Bahra, said that the Syrian regime delegation was still impeding the committee’s work, adding that this behavior proves that it is a delegation representing dictatorship and security agencies.

Bahra said in a press conference in Geneva that, “the delegation of the dictatorship and intelligence agencies has not presented any proposal paper or working paper and this has postponed the first day of the committee. The paper it proposed was rejected because it is outside the scope of the committee’s authorization, and because the regime has no right to define the principles of the Syrian people. It is the one who has displaced half the people and arrested young men and women.” He added that the “national principles have been mentioned in previous Syrian constitutions.”

The head of the opposition delegation said that his delegation had put forward a number of proposal but that they had been rejected, while the regime had not put forward alternatives, except talking about “principles” or going into the meeting without a schedule, which has caused time to be lost at the expense of killing and displacing Syrians, Bahra said.

In a response to a question from Brocar Press about the tools the opposition has to apply pressure in light of the regime’s intransigence Bahra said, “There is nothing. It’s called a dead end. We will work, as is our duty.”

The regime delegation left the United Nations headquarters on Wednesday in a continuing obstruction of the meetings that had been expected to begin on Monday.

The delegation’s departure came after it arrived to the UN later than the opposition delegation, which had been waiting since the morning to start.