A village near Ras al-Ayn was hit with a car bomb attack that killed 17 people, and marks a rise in the use of car bombs writes Zaman al-Wasl. 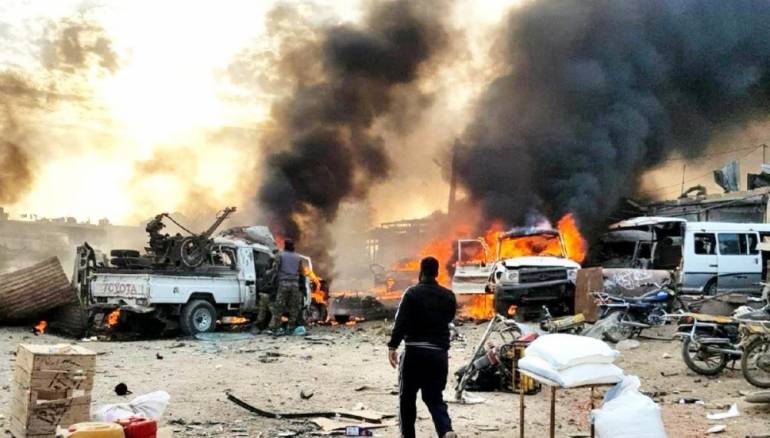 A car bomb planted by Kurdish YPG has killed 17 people and wounded 20 others in Tel Khalaf village near the border town of Ras al-Ayn, the Turkish Defence Ministry said Tuesday.

On Monday, two civilians were killed and three others were injured in a car bomb attack in the northwestern city of Azaz.

The US-backed Syrian Democratic Forces (SDF), a group dominated by the YPG, has been controlling some 28 percent of the Syrian territories, including the most of the 911-kilometer-long Syria-Turkey border.

Turkish troops and the Turkey-backed Syrian National Army last month took control of Tel Abyad and other border towns from Kurdish forces, after US troops – who were protecting the Kurds – pulled out, according to BBC.

Turkey’s military took the Kurdish-held border areas in northern Syria immediately after US forces were withdrawn. Turkey has a longstanding enmity with the Kurds and wants to push back the YPG from its border.