The Syrian pound is on a downwards spiral, passing the 710 pound barrier against the dollar a few days ago reports Brocar Press. 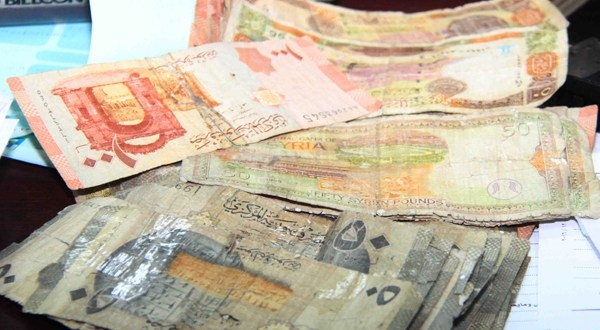 It appears that talk of a Syrian Central Bank intervention to save the Syrian pound, which has undergone a historic collapse, has not salvaged its value against major currencies. The Syrian pound continued to deteriorate against foreign currencies in the Syrian exchange markets, passing the 710 pound barrier against the dollar a few days ago.

For months, the Syrian pound has seen a historic decline across the country against foreign currencies, caused by the economic asphyxiation among residents and the weakness in purchasing pressure, as well as the Syrian regime’s inability to intervene to improve the exchange value.

The prices of goods in Syrian markets in regime-controlled areas have increased 20 percent with the dollar price rising against the Syrian pound by more than 12 percent.