Russian and regime forces have been conducting raids in eastern Ghouta and rejecting settlements made by people who worked for rebels writes Al-Modon. 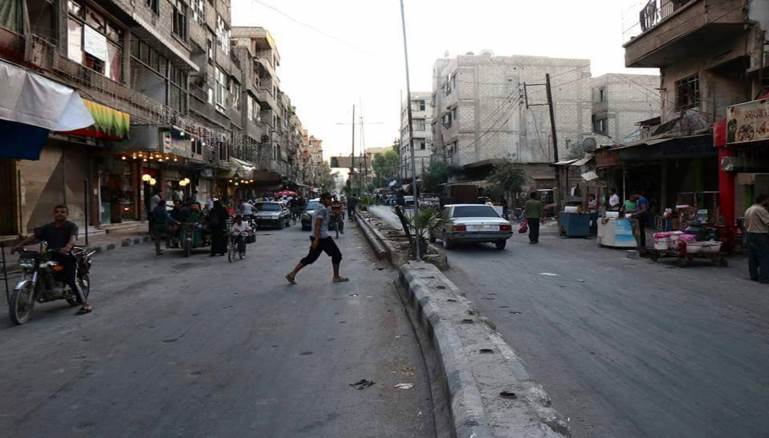 Patrols of Russian military police accompanied by regime forces toured the towns of Kafr Batna and Saqba in eastern Ghouta, with radar vehicle to eavesdrop on communications, according to Al-Modon’s correspondent, Ahmed al-Shami.

Al-Modon’s correspondent said that a Russian patrol arrived in Kafr Batna square on Sunday, before departing at night to head to Damascus. Regime forces at this time carried out a limited arrest campaign in Saqba, detaining boys of military service age and people who previously had been rejected for “settling their status” with security branches.

Al-Modon’s sources said that the Russian intervention in Ghouta occurred after an explosive device went off near a regime checkpoint in the main Kafr Batna square on Saturday night, which killed one person and wounded another from the Military Security. Regime forces returned and bolstered the checkpoint that had been struck, as well as the nearby points at the entrances to Jisrein, Saqba and Basatin al-Zar in Kafr Batna.

Over the last few days, the Political Security and Republican Guard had carried out a broad arrest campaign in the cities and towns of eastern Ghouta, focusing on Douma, Harasta and Masraba. It affected those wanted for military service and people who had previously settled their status as well as people whose status settlement had been rejected by regime security agencies.

At the start of November, the reconciliation informed a large number of people, who had worked with rebel groups while they controlled the area and others who had worked in aid and medical fields, that their settlement status’ had been rejected and were now being pursued by security.

A statement issued by a group called the “Qasioun Companies” on Telegram claimed the operation “in defense of the honor of the women of Ghouta,” was made by Syrian intelligence, according to the sources.