A Turkish soldier involved in the Turkish regime's aggression has been killed and a number others were injured in northeastern Syria reports SANA. 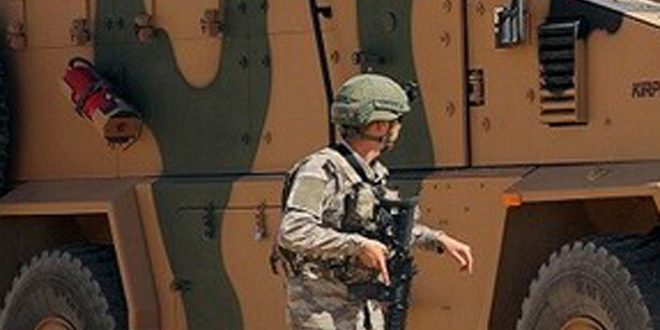 A soldier from the Turkish regime was killed during the aggression on the Syrian territories.

Last Friday, a Turkish soldier was killed and six others were injured in the Turkish aggression on Syrian lands.

The Turkish regime has launched an aggression against many cities, villages and towns in Hassakeh and Raqqa countryside, causing hundreds of civilians to be martyred and leaving others injured, including children, women and workers in the service sectors, in addition to causing significant damages to strategic infrastructure and service facilities.