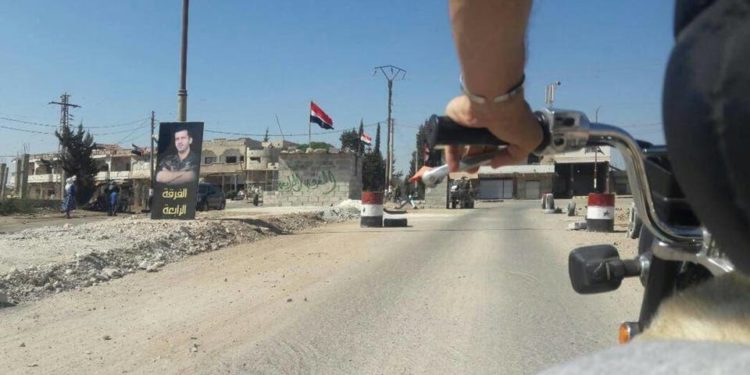 Local pages in Daraa documented a number of killings and casualties of both civilians and military personnel in Daraa province over October, also documenting dozens of arrests of local residents and the deaths of a number of prisoners under torture in regime prisons.

Local pages registered the deaths of 17 people from Daraa province in October, including six people killed under torture in regime prisons, as well as three former fighters from the Free Syrian Army who did not join regime forces, and three civilians who were shot by unknown figures. A fighter from the province was also killed in fighting against Kurdish units in Hassakeh, as well as four civilians killed, including a woman and a child, when a land mine blew up in the province.

The pages documented at least 26 arrests carried out by regime forces last month, with seven released in the same month.

The military field court in Qaboun in Damascus informed the families of the six people about the deaths of their children in regime prisons over the past month. The court sent their families private personal proof along with official death notices but did not hand over the bodies.

The pages said that there had been a notable escalation in assassinations over the last month, with 30 attempts or operations against civilians and former opposition fighters and collaborators with regime intelligence.

The assassinations have killed eight civilians, including three regime intelligence agents, and 14 people who joined regime forces and loyalist militias after they entered the province under the settlement agreement more than a year ago, in addition to three fighters who did not join regime forces after they took control of the province.