Representatives of all the different delegations have arrived in Geneva for the start of the work of the constitutional committee writes SANA. 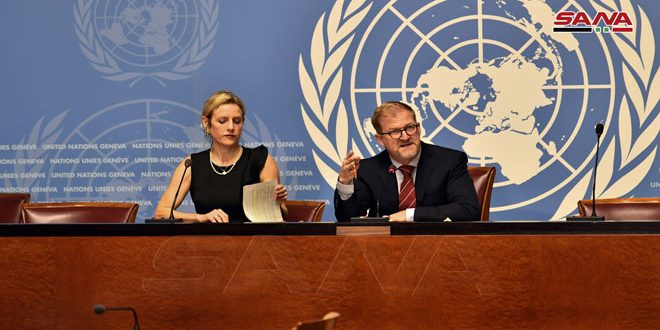 Jennifer Fenton, a spokeswoman for the UN Special Envoy for Syria, Geir Pedersen, has announced that all members of the constitutional committee have arrived in Geneva paving the way for the start of tomorrow’s meetings.

SANA’s correspondent to Geneva said that Fenton affirmed in a press briefing on Tuesday that the 150 members have arrived, 50 of whom represent the delegation which is supported by the Syrian government, 50 from other parties and 50 from civil society.

She indicated that the work of the committee will start on Wednesday with speeches by Pedersen and heads of the delegations.

Earlier on Tuesday, Pedersen announced that the work of the committee is based on basic principles that include respecting Syria’s sovereignty and territorial integrity according to the UN Charter and the Security Council’s resolutions.

On Sep. 23, 2019, UN Secretary-General Antonio Guterres announced that an agreement had been reached to form the constitutional committee, hailing the efforts exerted by the Syrian Government in this regard.