A new report by the Syrian Network for Human Rights has detailed the horrific methods of torture used by the regime in its prisons writes Baladi News. 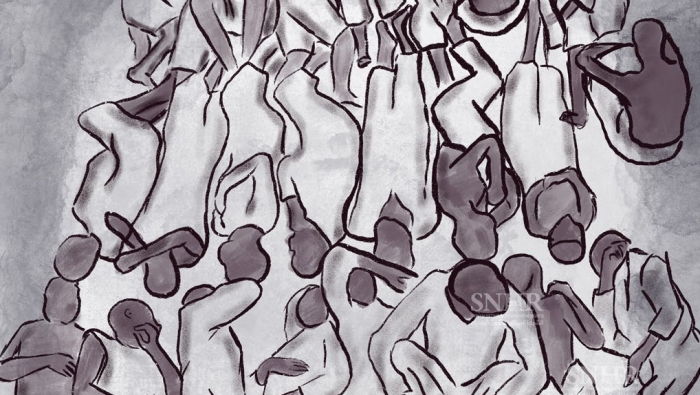 A report released on Monday by the Syrian Network for Human Rights revealed that the Syrian regime has used 72 different methods to torture Syrians in its detention centers and military hospitals. The report called on US Congress to approve the draft Caesar bill as a form of accountability, after 801 of those who appeared in the leaked Caesar photos were identified.

The report said that at least 1.2 million Syrian citizens had spent time in Syrian regime prisons since the start of the popular uprising for democracy in Syria in March 2011, including 130,000 people who are still under arrest or forcibly disappeared.

The report noted that torture inside regime detention centers was ongoing. From March 2011 to September 2019, the report tracked the paths of 14,000 individuals who experienced tortured in Syrian regime prisons, including at least 185 people who died as a result since the start of 2019.

Between March 2011 to September 2019, the report recorded the deaths of at least 14,298 people due to torture at the hands of the active parties in Syria. These included 178 children and 63 women. Of these, 14,131 were killed by regime forces—including 173 children and 45 women.

The report noted the variety of torture methods which the Syrian regime used in its detention centers, which were practiced so widely that hardly any survivor from the prisons had not been subjected to one or more of these methods.

The report classified the torture methods into seven basic categories, with each branch including a variety of secondary methods, with a total of 72 methods used by Syrian regime forces against prisoners. It noted that there may be other methods that were not identified and documented. The report said that prisoners may be subjected to various torture methods during a single torture session.

According to the report, among the methods of torture used by the regime are: physical torture, health neglect, sexual violence, psychological torture, violations of human dignity, forced labor, solitary confinement and many more.