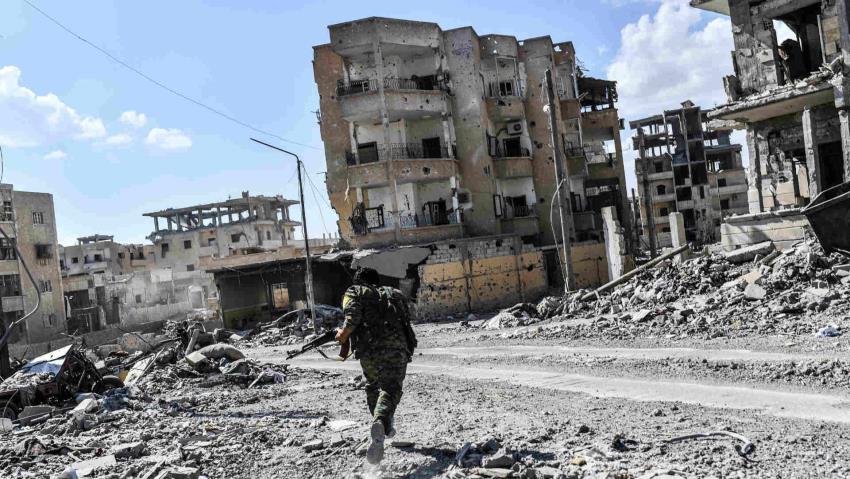 The Syrian Democratic Forces (SDF) on Sunday executed seven civilians before withdrawing from the Ras al-Ain area, north of Hasaka, northeastern Syria, according to local reports.

The SDF were previously backed by the US to oust IS from the area, and has a significant contingent of Kurdish forces.

According to local reports, three people from the same family were killed by SDF in the city of Ras al-Ain, on charges of forming a cell of the Turkish-backed National Army who is currently fighting the SDF.

Reports also said that the body of a civilian Abdullah Oweid, a resident of the village of Ameriya in the southern countryside of Ras al-Ain, was found a week after he was arrested by the militia.

The SDF also executed two of its members who refused to fight against the Syrian National Army and Turkish forces in al-Darbasiyah area east of Ras al-Ain.

Earlier in the day, the SDF announced the withdrawal from the city of Ras al-Ain, while the National Army denied that they had withdrawn, and confirmed the presence of some groups in the southern neighbourhoods of the city.

The Turkish defence ministry said earlier that the SDF withdrew dozens of vehicles from the city, and indicated that it was monitoring the withdrawals from the Turkish controlled safe zone closely.

Ankara launched a cross-border attack against Syria’s Kurds on October 9 after the United States announced a military pullout from the north of the war-torn country.

A US-brokered ceasefire was announced late on Thursday, giving Kurdish forces until Tuesday evening to withdraw from a “safe zone” Ankara wants to create along its southern frontier.