The National Defense Militia are seeking to take advantage of the Turkish threat to the eastern Euphrates, but the Assad government and the Russians are standing in their way reports Deir Ezzor 24. 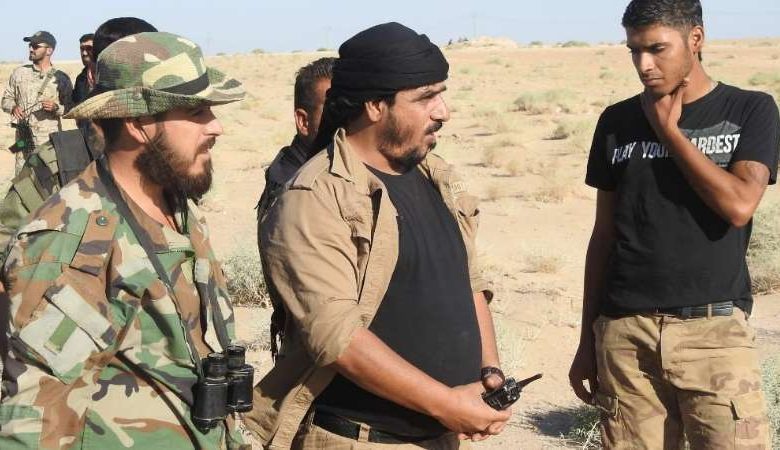 The National Defense Militia in Deir ez-Zor demanded what they called the “Syrian leadership” to allow them to cross the Euphrates River and take control of the western Deir ez-Zor countryside.

According to sources, the National Defense confirmed that the Syrian Democratic Forces (SDF) have collapsed in the face of the Turkish threats, and that gaining control of Deir ez-Zor countryside is just a matter of time.

Assad’s forces, in turn, rejected the demands of the National Defense, arguing that they need the approval of the Russian forces or the operation would be very difficult.

The sources pointed out that the meeting lasted for three hours and was attended by the leaders of Assad’s forces and the military security branch and that the Assad regime refused to carry out any operation without Moscow’s approval.

About a month ago, Iranian-backed militias had made the same demand to the Russian forces in Deir ez-Zor, but the latter refused to support any military operation in the region.

Iran and the Assad regime are seeking to take advantage of the Turkish threats to occupy areas controlled by the SDF in Deir ez-Zor countryside, but those demands have been met with Russian rejection so far.

It is noteworthy that the SDF control large areas of Deir ez-Zor province and have large front lines with Assad’s forces west of the Euphrates.