A Turkish government official has repeated threats to invade northern Syria and to remove the PKK from the border area writes Anadolu News Agency. 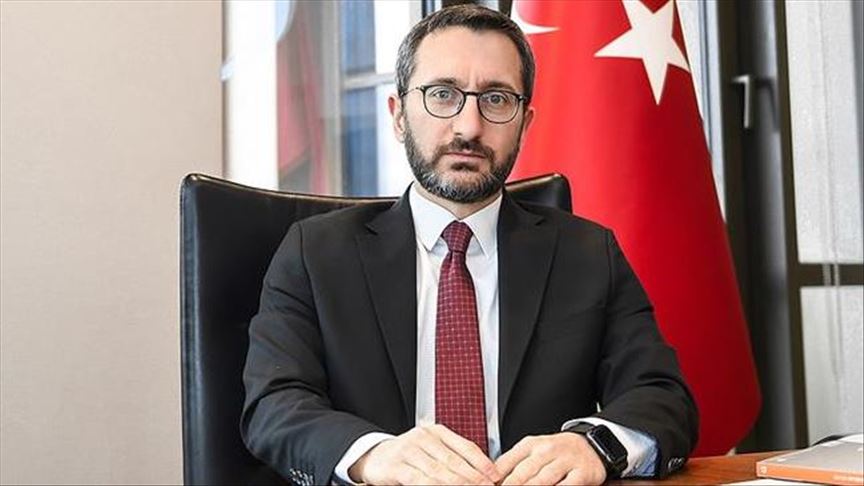 Turkey cannot wait a minute longer to launch a counter-terror operation in northern Syria as the lives of the Turks, Kurds and Arabs in the region are at stake, a top government official said Monday.

“Turkey has been very patient and accommodating with allies to try to combat terrorism in Syria. Yet, Turkey can’t wait a minute longer. It’s the Turkish, Kurdish, and Arab lives at stake,” Communications Director Fahrettin Altun said in a tweet.

He said Turkey aims to destroy the terror corridor on its border with Syria through military action against the PKK and Daesh terror organizations.

“Syria needs local governance not the PKK’s occupation. It has been acknowledged by many international human rights organizations that PKK embarked upon an ethnic cleansing in the areas it controlled and eliminated any dissent, especially Kurdish democrats,” he said.

Referring to Turkey’s previous successful operations — Olive Branch and Euphrates Shield, Altun said: “Areas liberated from PKK will have services provided by Turkey, rather than enduring the occupation by a terrorist militia.”

Since 2016, Turkey’s Euphrates Shield and Olive Branch operations in northwestern Syria have liberated the region from YPG/PKK and Daesh terrorists, making it possible for Syrians who fled the violence to return home.

Turkey has long decried the threat from terrorists east of the Euphrates in northern Syria, pledging military action to prevent the formation of a “terrorist corridor” there.

Turkish President Recep Tayyip Erdogan on Monday confirmed the withdrawal of U.S. troops in the Tal Abyad and Rasulayn areas, shortly after the White House ruled out any assistance or involvement in the planned operation.

In its more than 30-year terror campaign against Turkey, the PKK — listed as a terrorist organization by Turkey, the U.S. and the EU — has been responsible for the deaths of some 40,000 people, including women, children and infants. The YPG is the Syrian branch of the terrorist PKK.