While many Syrians struggle with dire living conditions, the son of an ambassador and the daughter of a minister held a lavish wedding, whose cost ran into the millions reports Suweida 24. 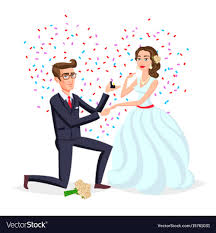 Suweida 24 has learned that a lavish wedding was held for Zein al-Abideen, the son of the Syrian ambassador to India, Riad Abbas, to the media personality, Sally Azzam, daughter of the Palace Affairs Minister Mansour Azzam, on Sept. 19, 2019, in the Yafour resort, at a huge cost.

Over the last few days, Syrian activists on social media circulated reports about the wedding of the ambassador’s son and the minister’s daughter, saying that the cost was about two million US dollars, and that the wedding was attended Syrian businessmen—the “mogul giants of the country.”

The reports of the wedding by activists, which was described as legendary, indicated that the cost was about two million dollars—that is, about 1.25 billion Syrian pounds and that it was held in one of the best-known Syrian resorts in Damascus. The couple will head to Europe to spend their honeymoon in a number of countries, where millions of Syrian refugees live.

According to the reports, the wedding was attended by the “kings of looted Syrian money,” in a reference to businessmen such as Mohamed Hamshou, Baraa al-Qaterji, and a large number of officials and ministers, including the former Education Minister Hazwan al-Wizz, whom it is rumored will be held accountable for major corruption cases.

According to a source who asked not to be named, a number of Lebanese singers took part in the wedding, as well as a number of dancers and bands from Moscow. The program was full of singing and dancing, and the food was from the famous Lebanese Phoenicia restaurant, with expensive caviar being served as well.

The source added that more than 20 different types of Cuban cigars were offered at the wedding, and the best imported drinks. The wedding dress was from the Lebanese designer Zuhair Murad and cost 100,000 euros. The biggest gift given to the bride was from Baraa al-Qaterji, in the form of a tiara of diamonds and emeralds. The wedding closed with the national anthem, “Hamat al-Diyar.”

But a source close to the groom who attended the wedding told Suweida 24 that the cost of the party that had been circulated was exaggerated. The source said that the party was attended by many businessmen and officials, and this was normal—as the source put it—because the father of the groom was an ambassador and the father of the bride was a minister. He added: “The material situation for both parties is excellent and so it’s natural that the wedding should be exceptional.”

Syria is suffering from a terrible economic situation, which is continuing to collapse in light of successive government policies. A large segment of Syrians suffer from severe poverty, with getting married remaining a dream for many young men, while the wealth of officials in the leadership and government and businessmen close to them swells and they boast with displays of opulence and luxury.

If the figure of two billion dollars is correct, we can make a simple calculation that someone with a salary of 5,000 dollars—an amount that is not available in Syria, where Syrian civil servants make 60 dollars—would need 30 years to make 1.8 million dollars if he never spent a dollar. “So where did you get this, you thieves?” the citizen asks.