The Syrian pound continues its downward trajectory, as the costs of medicines and foodstuffs rise reports Sowt al-Asima. 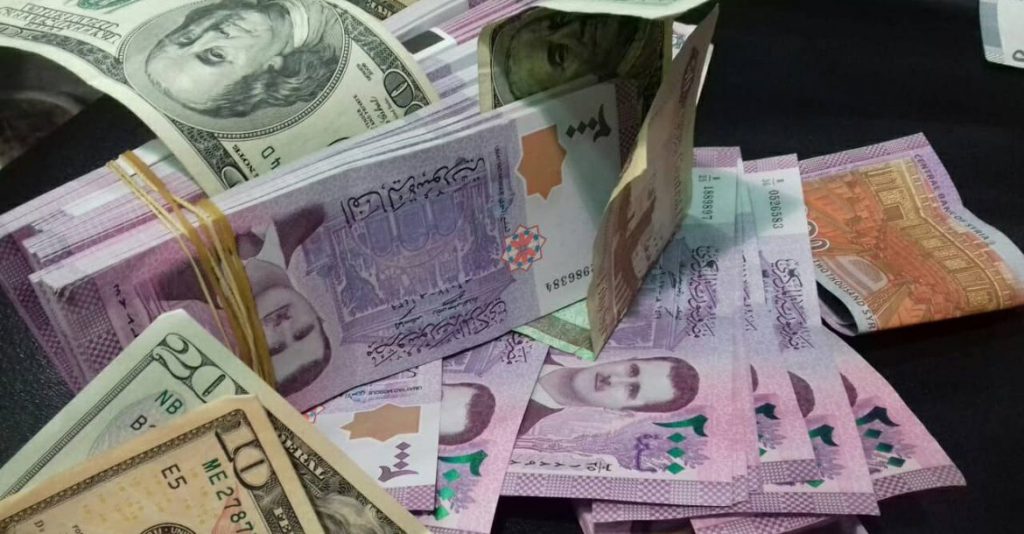 On Tuesday, the Syrian pound saw a minor decline against foreign currencies on the black market in the capital Damascus.

The prices of consumer goods in the markets witnessed relative stability after an increase of 15 percent, coinciding with the price of foreign currencies rising last week.

The decline in the pound’s value has impacted the prices of imported and smuggled medicines in the capital’s pharmacies, in addition to foodstuffs and cosmetics, at rates of between 15-20 percent.

The well-known electronic platform SYRIA STOCKS closed its website, mobile apps and Facebook page due to the ongoing speculation and an inability to confirm real prices, saying that it was carrying out renovations to the site that would continue for days.