There has been widespread anger at a new film by Najdat Anzour, which offended the residents of Suweida, and further anger at the apology given by the filmmaker reports Brocar Press. 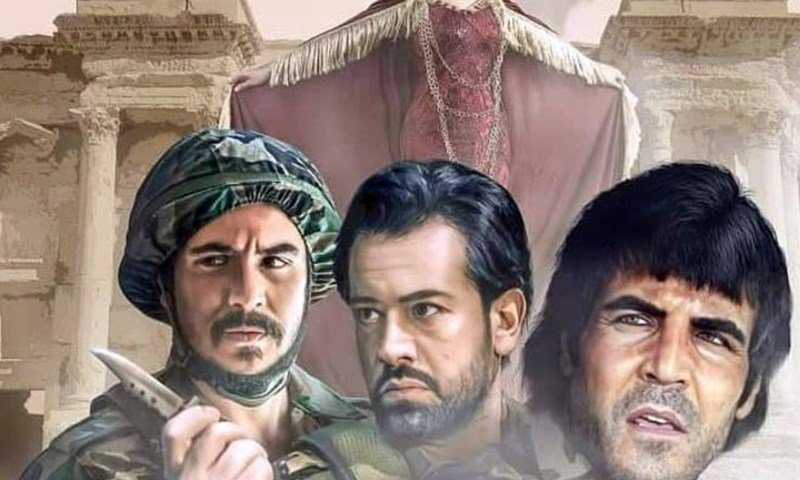 Najdat Anzour’s apology to Syrians and residents of Jabal al-Arab for his recent film, which stirred widespread controversy, failed to convince. In a response from dramatists, the Syrian screenwriter Rima Fleihan, commented on the “alleged” apology, which Anzour issued when the people of Jabal al-Arab were insulted after the screening of the film Dem al-Nakheel on Sept. 11, 2019.

Fleihan said in a post on her personal page that: “Najdat Anzour is lying and is insulting the viewer with his sarcastic apology for the scenes in Dem al-Nakheel by saying that the actor’s accent was accidental because he was from Suweida! It would have been enough to apologize without these absurd justifications.”

She added that, “The accent is part of the character in artistic works—that is, it is set in the text and the direction when there are multiple dialects, or connected with a particular context. This is what happened in the film, as it purposefully showed various local accents. During the filming, actors don’t come to speak their original accents.  Imagine, for example, a film about Bedouins with every actor speaking their own accents and not speaking the accent specified in the work!”

She closed by saying: “Anzour is an embarrassment and a liar and is insulting people again with this sarcastic apology!”

The Syrian regime’s National Film Organization has suspended screenings of the film Dem al-Nakheel until it is re-edited after it provoked angry reactions from the residents of Suweida province, many of whom said that those responsible for the film—whose first showing was attended by Bashar al-Assad and his family—had portrayed the Druze as cowards. The director Anzour had apologized on regime TV, saying that the error had not been intentional.

From the viewpoint of its makers, the film discusses the fighting between regime forces and the Islamic State (ISIS) in the city of Palmyra. It was directed by Najdat Anzour, who is a member of the regime parliament, and the pro-regime writer Diana Kamel al-Din, and premiered on Sept. 11, 2019.

In the film’s trailer a soldier appears saying, “I thought that ISIS wanted to attack Palmyra, but I didn’t know they were in the heart of the city,” in a local Suweida dialect.

Anzour’s recent cinematic offerings have addressed the crimes of ISIS, and promoted the narrative of the regime—in which he is an official—that the Syrian revolution was ISIS, without addressing the crimes of the regime and the Russian and Iranian militias against Syrians.