Militias supported by the US have raided a house in Raqqa, kidnapping one of the occupants and forcibly disappearing him writes SANA. 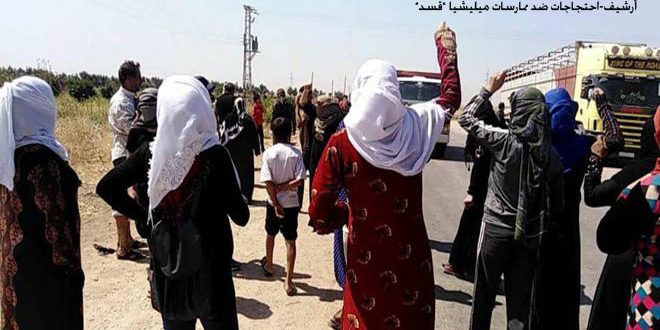 Local sources have said that the Qasad (SDF) militias, supported by US occupation forces, abducted a civilian after storming into his house in al- Msherfah village in Raqqa’s northern countryside and took him to an unknown destination.

Sources added that the Qasad militias also abducted six youths from the al-Hazawinah neighborhood in Manbij city in Aleppo’s northeastern countryside to forcibly recruit them.

In a related event, a child died in the al-Hol Camp in Hassakeh’s southern countryside, which is dominated by the US-backed Qasad militias, due to a lack of healthcare in the camp where the militias control the arrival of relief materials.

A humanitarian catastrophe is in the making, due to the harsh living conditions in the camp, the shortage of food and water, and the unhygienic conditions which have led to the spread of diseases especially among children.