The National Commission for Detainees and Missing Persons is planning to regulate legal work and secure the release of people in regime prisons. 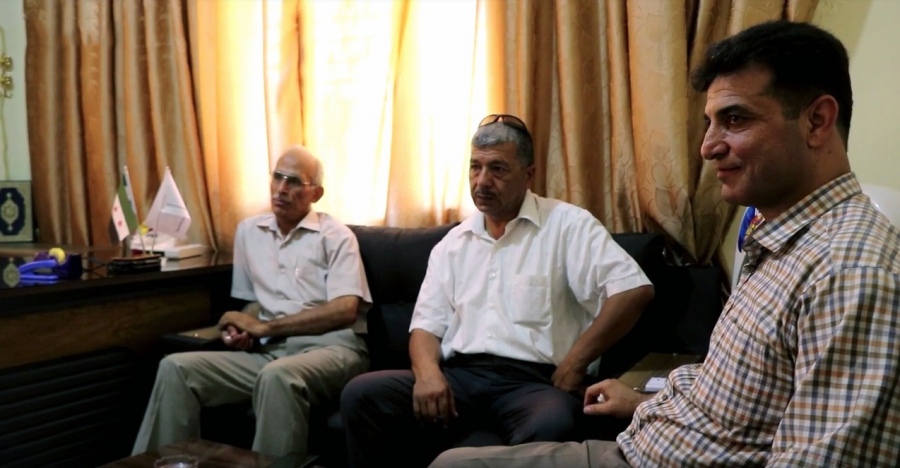 The Coordinator of the National Commission for Detainees and Missing Persons, Yasser al-Farhan, met with a delegation from the Free Bar Associations and the Syrian Commission for the Release of Detainees in rural Aleppo. Both sides discussed the latest developments regarding the issue of detainees and missing persons in the prisons of the Assad regime and the efforts of Syrian lawyers to regulate the work on human rights in the liberated areas.

Farhan stressed the importance of the role of lawyers and rights activists in the revolutionary and national work as having a significant impact on ensuring justice for victims and accountability.

Farhan pointed to the need for coordination with regards to the issue of detainees and missing persons and for the mobilization of international pressure, capable of forcing the regime to release detainees and disclose the fate of the missing. He said that an agreement was reached to hold a meeting or workshop in the liberated areas with all representatives of legal syndicates and specialists working on the issue of detainees. The meeting will seek to form a working group for detainees and missing persons.

“The Coalition is keen on utilizing the expertise of bodies and organizations working on the issue of detainees and missing persons,” Farhan said. He added that National Commission for Detainees and Missing Persons does not compete with anyone as it has a noble goal. He added that the Commission seeks to help the relevant institutions and bodies make their voices heard by the international community and organizations.