Syrian and Russian forces are continuing to exhume bodies at the cemetery in Yarmouk Camp, in search of the remains of Israeli soldiers writes Brocar Press. 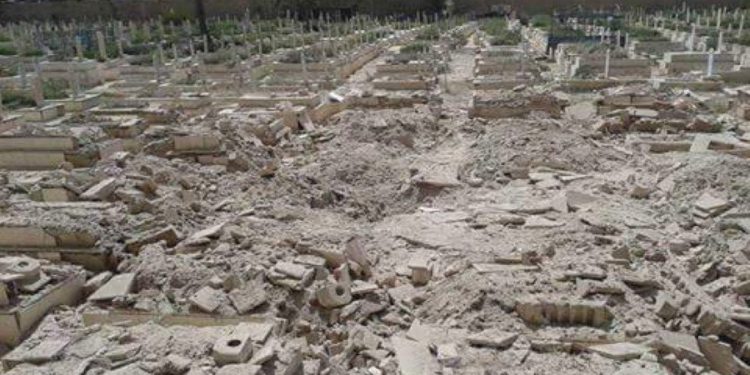 Syrian regime soldiers and their Russian counterparts continue to dig up graves in the al-Shuhada al-Qadeem (Old Martyrs) cemetery in the Yarmouk camp for Palestinian refugees in Damascus, searching for the remains of Israelis thought to be buried in the cemetery in the 1980s, so that they can be returned to Israel, as had been done a few months ago.

On Sunday, the Action Group For Palestinians of Syria said, quoting their sources, that, “Russian forces continued to dig up the graves of martyrs and to work to remove their remains or parts of their bodies in order to examine them in a base that had belonged to the Palestinian Liberation Army in the cemetery, and then transferred them to a lab.”

American media sources spoke of Russia transporting the remains of more than 10 people from the Yarmouk camp to a forensic lab in Israel to confirm their identity.

According to the Action Group, regime forces prevented residents from visiting graves on Eid al-Adha as well as on Eid al-Fitr, in addition to preventing delegations of pro-regime Palestinian groups and the PLO from accessing the graves on the first day of the Eid.