While the regime uses internationally banned phosphorus bombs in the western Jisr al-Shughur countryside, their attack was repelled in al-Kabana in Lattakia reports Al-Etihad. 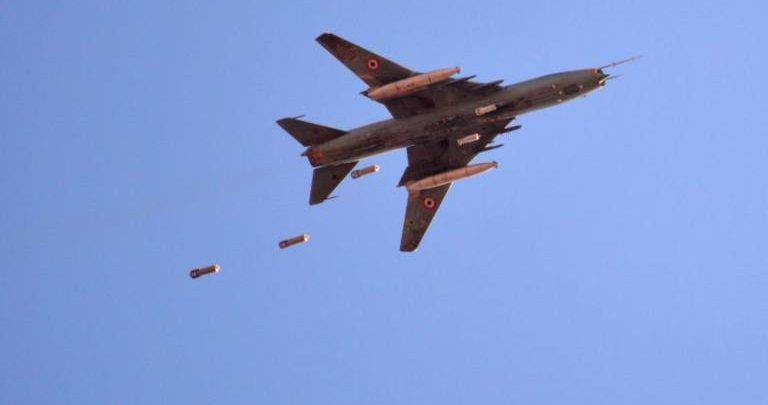 On Sunday, the regime’s forces resumed its aerial and ground bombardments, using internationally prohibited phosphorus bombs, striking areas near the town of Badama in the western Jisr al-Shughur countryside.

The ground and rocket shelling also hit the Kabana Mountain area in the northern countryside of Lattakia.

This was accompanied by an escalation of airstrikes by regime planes and the Russian Air Force, targeting various areas in the Putin-Erdogan region, where regime planes bombed the outskirts of the city of Idleb.

The city of Maarat al-Nouman and its eastern countryside are experiencing heavy ground and air bombardments, in addition to Kafr Sijana and the surroundings of Kafr Halab in Aleppo’s western countryside.

On Sunday, 13 members from the opposition factions were killed, while 17 members of the regime forces and loyalist militias fell, most of them in battles north of Lattakia, where rebels thwarted a new incursion attempt by regime forces and allied militias into al-Kabana in coastal Lattakia province.