The Syrian Network for Human Rights has published a new report that documents cases of forced disappearances by Hay'at Tahrir al-Sham. 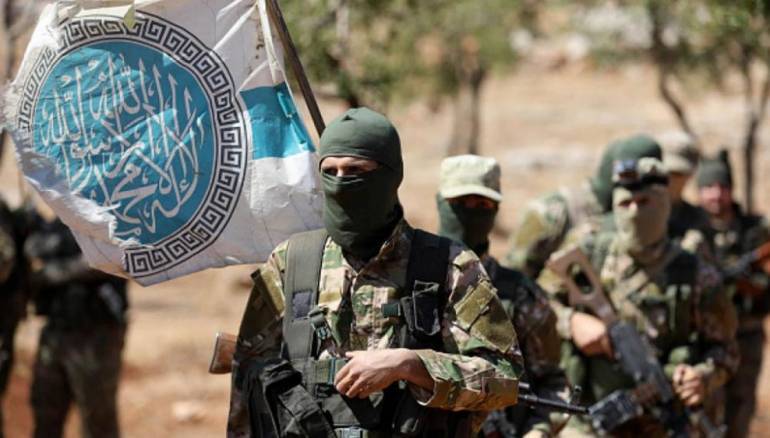 The Syrian Network for Human Rights (SNHR) revealed in a report released Friday that nearly 2,000 Syrians who were forcibly disappeared by the extremist organization Hay’at Tahrir al-Sham remain unaccounted for, further noting that the organization is responsible for the killing of activist Samer al-Salloum from Kafrnabel city.

The five-page report reveals that the model of rule used by Hay’at Tahrir al-Sham is based on intimidation and terrorizing the community by practicing a policy of arbitrary and violent arrest, then denying the existence of those detained, whose fate invariably turns into enforced disappearance, noting that this strategy is focused on targeting prominent activists and social figures with the intention of intimidating the rest of society. The report also notes that this policy became even more apparent as Hay’at Tahrir al-Sham expanded its control over areas in Idleb governorate since July 2017.

The report reveals that Hay’at Tahrir al-Sham has not stopped carrying out arbitrary arrests and enforced disappearances during the recent military campaign launched by Russian-Syrian alliance forces on the fourth de-escalation zone since Apr. 26, 2019. Rather, the group has continued to reject the repeated requests of its victims’ families to reveal the fate of their children or to allow family members to visit those detained and find out the reasons for their detention and torture. Tahrir al-Sham has cloned the policy of the Syrian regime’s security services by detaining citizens without a warrant or clarifying the reason for the arrest or the party carrying it out, and of preventing any fair and independent judiciary.

The report stresses that the SNHR adheres to precise criteria in determining incidents of arbitrary arrest and enforced disappearance, based on the provisions of international law and the Body of Principles for Arbitrary Detention and Enforced Disappearance, whilst also documenting incidents of arrest obtained from multiple sources, and keeping track of these cases, with these records updated constantly to determine the place of detention, the conditions in which detainees are being held, and their fate.

As the report reveals, since the announcement of the establishment of Jabhat al-Nusra in early 2012 up until August 2019, SNHR has documented the cases of at least 2,006 individuals, including 23 children and 59 women who are still being detained by Tahrir al-Sham, with at least 1,946 of these people now categorized as forcibly disappeared. During the same period, we documented the deaths of at least 24 individuals, including one child, as a result of torture, and 38 executions in Tahrir al-Sham detention centers, with most of these victims’ bodies not being handed over to their families.

The report provides details on the killing of the activist Samer al-Salloum who was arrested by gunmen affiliated with Hay’at Tahrir al-Sham on Dec. 26, 2017, in a raid on his home, after which he was categorized as having been forcibly disappeared.

The report stresses that Hay’at Tahrir al-Sham, through abductions, arbitrary arrests, enforced disappearances, and summary killings, has violated international humanitarian law and has excluded the judiciary and police that allowed it to be established in the areas it now controls, and as a hierarchical entity, it is obliged to apply the provisions of international human rights law.