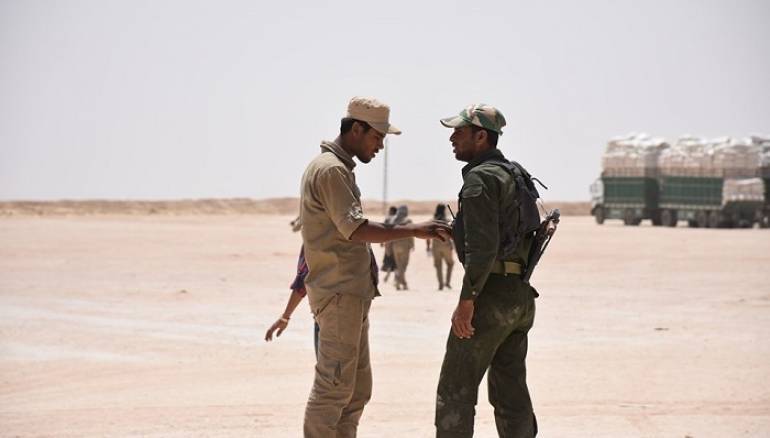 Over the past few days, barricades of the Kurdish Democratic Union Party (PYD) have prevented people in the border areas from fleeing and moving to areas far from the border following the Turkish plan to begin a military operation to set up a buffer zone.

After rumors circulated that the PYD had withdrawn its gunmen from the border posts near Tel Abyad and Ras al-Ayn, and booby-trapped houses inside them, some residents attempted to move some of their belongings out of the area. However, Asayish checkpoints demanded an approval card, denying passage to anyone who was not in possession of one.

Zalkha, 28, said her husband sent her from Tartus to the town of Slouk to take their furniture out of a small village near the border before the outbreak of clashes between the Turkish army and Kurdish forces, but because they did not have a security clearance paper, their passage was blocked by an Asayish checkpoint.

During the past two days, the Kurdish self-management leaders in the Tel Abyad area organized more than 10 meetings a day in Solouk with the people of the larger villages on the Aleppo-Hassakeh road, to rally support for the Bedouin tribes in the area against the expected Turkish military operation, and to be prepared to receive the displaced in case things lead to war.

Activist Abdul Malik al-Ali said that Kurdish leaders are currently secretly unloading warehouses and transporting goods to the countryside and remote areas in order to not create displacement, pointing out that most Kurds are influential in Ras al-Ayn and can take out what they want without approval paper.

Ali indicated that the PYD gunmen returned to dig trenches and fortify the dirt around the town of Mabrouka on the border with Raqqa, where seven trucks carrying pre-made concrete arches have been found to support tunnels dug by militants near the border with Turkey.