Hundreds of thousands of people have been displaced by the fighting in Idleb and Hama, but the many are not receiving the aid they need reports Alsouria Net. 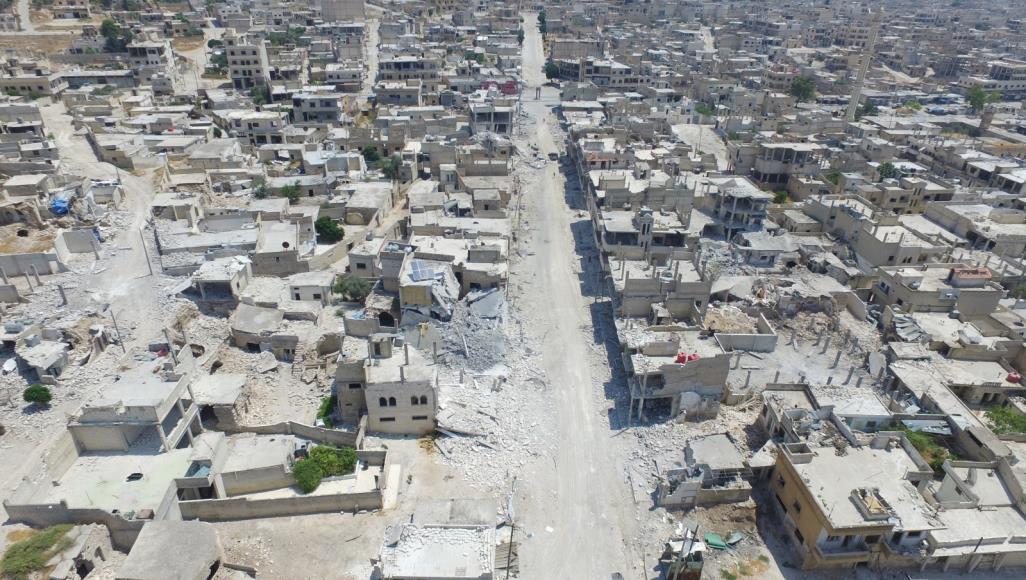 Northern Syria is witnessing the largest wave of displacement in Syria since the outbreak of the revolution. Almost a million people have been forced to leave their homes and villages because of the pressure of the military campaign, which is led by the regime and its Russian ally. Thousands of families have been left with no roof and with little food and water.

The areas of the northern Hama countryside and the southern Idleb countryside have been witnessing waves of displacement that amount to a humanitarian disaster. More waves are expected to follow.

The Syria Response Coordinators team, which includes a group of relief organizations operating in northern Syria, put the number of displaced people at over 925,000, since the military campaign began in February.

The Director of the Syria Response Coordinators, Mohammed Hallaj, told Alsouria Net in an interview that the movements of displacement occurred in two batches, the first of between Feb. 2, 2019 and the second on  Aug. 2, 2019, when a ceasefire was announced.

The second has been occurring since the regime broke the ceasefire. About 32,000 families left their homes during the second wave of displacement. During this mass movement, 4,000 families entered camps, while the others headed away to farther, safer places.

IDPs from Idleb and Hama also headed to the northern countryside of Aleppo, also known as the Euphrates Shield and the Olive Branch areas, which are under the Turkish influence, but are relatively safe.

Despite the big number of relief organizations operating in northern Syria, they have failed to respond to all cases of displacement, which has made the displaced live in hard conditions.

According to data obtained by Alsouria Net from the Syria Response Coordinators Team, the rate of response to the needs of the displaced is estimated at about 30 percent, when it comes to water or bread provided to the displaced, but does not exceed 19 percent in general.

In this regard, the Director of the Syria Response Coordinators Team, Mohammed Hallaj, said that the number of people who need help, far outweigh the available resources.

“We are facing an international humanitarian crisis, not a regional or local one,” Hallaj added.

Hallaj also spoke about the lack of international funding for the current crisis, and said that donors have become “tired” of responding to the successive Syrian crises over the past eight years. Other international crises, including famine in Yemen and the spread of Ebola in the Congo are contributing to this shortage, he explained.

“The organizations in northern Syrian cannot respond to the nearly one million displaced people, most of them from the most vulnerable section of society, as well as the needs of indigenous people in places of displacement.”

Hallaj confirmed that communications with external parties are continuing in order to save the situation, but they did not go beyond promises.

On Tuesday, the UN Humanitarian Organization (OCHA) sent a relief convoy of 30 trucks to northern Syria, but only a small part of it was transferred to the emergency department.

There are fears that the Syrian regime will expand its control over areas in the southern countryside of Idleb, which could result in massive waves of displaced people, especially if the military campaign targets large populated cities such as Saraqeb, Maarret al-Numan, and Kafrnabel.