Following the capture of Khan Sheikhoun by regime forces, Turkey is questioning the future of its observation posts in Idleb reports Etihad Press. 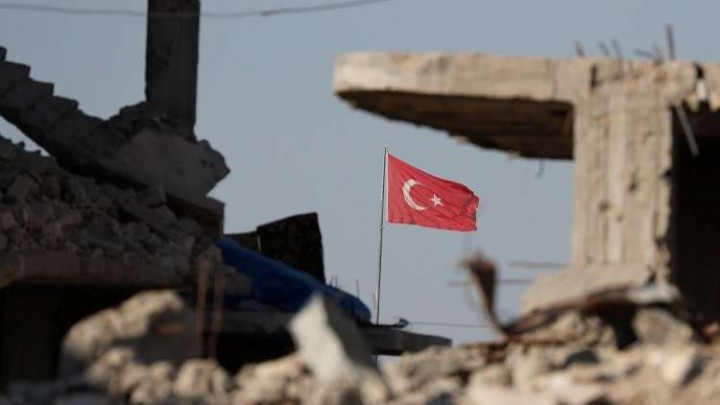 Turkey’s largest observation post in the de-escalation zone, in the northwestern town of Muerk, became isolated after opposition military factions withdrew from southern Idleb and the regime army took control of Khan Sheikhoun, causing Ankara confusion over its posts in northwest Syria.

The regime forces are approaching Turkey’s observation posts, which were established in 2017 as part of an agreement between Ankara and Moscow. These observation points are dotted around the countrysides of Aleppo, Idleb, Hama and Lattakia.

After the recent victories of its forces, the regime is demanding that Turkey leaves Syria and the observation points, amid reports of Russian-Turkish negotiations of the issue.

Ankara warned the regime against “playing with fire” after targeting a Turkish military convoy south of Khan Sheikhoun.

“The regime must not play with fire. We will do whatever it takes ensure the security of our troops,” Mevlut Cavusoglu told a press conference in the capital Ankara.

Cavusoglu added that they would not tolerate the US stalling Turkey on the establishment of a safe zone in northern Syria, while on the other hand it supplies terror organizations with weapons.

It is not known whether the regime forces will confront the Turkish army because of Ankara’s refusal to withdraw its troops from Syria, which is spreading to a depth of 60 km under the pretext of control points.

According to a BBC report, Turkish forces in Syria have a functional role that is linked to preventing Kurdish people from achieving any kind of autonomy and gaining their rights.