Following the capture of Khan Sheikhoun by regime forces, rebels are fighting back in the hilltops of Lattakia reports Zaman Al Wasl. 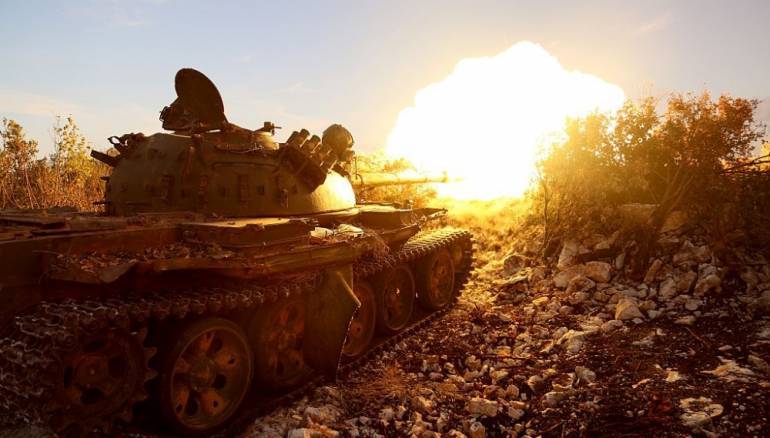 On Tuesday, Syrian rebels thwarted an incursion attempt by the regime forces and allied militias into their last stronghold in the coastal province of Lattakia.

Activists said dozens of regime troops were killed and wounded in the attack on the mountainous region.

The regime army seeks to capture the strategic al-Kabina hilltops.

The regime forces have been on the offensive in Idleb and northern parts of Hama province and Lattakia since Apr. 30, 2019, forcing nearly half a million people to flee to safer areas further north. The fighting has killed more than 2,000 people, including hundreds of civilians.

In Idleb province, Hay’at Tahrir al-Sham fighters withdrew, as regime troops moved into northern and western neighborhoods of Khan Sheikhoun, marking a significant gain for Assad’s forces as they try to chip away at territory controlled by the opposition in Idleb, AP reported.

After the capture of Khan Sheikhoun, Assad troops are likely now to move north towards Maaret al-Numan, another town on the highway that has been subjected to intense airstrikes over the past few days. Opposition activists also reported an intense bombardment of the rebel-held town of Jisr al-Shughour on the southwestern edge of Idleb on Tuesday.

Eight years of war in Syria has killed 560,000 people and driven half  of the pre-war population of 22 million from their homes, including more than 6 million people to neighbouring countries as refugees.