Forces of the National Army have joined opposition fighters in Idleb to help in the fight against the regime reports Baladi News. 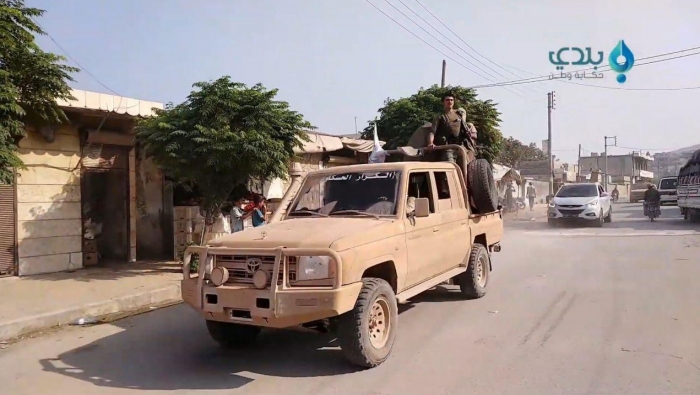 A military source from the northern Aleppo countryside told Baladi News that the National Army was preparing more military batches from among its elite military units and that it would supply them with armored vehicles, artillery and light, medium and heavy machine guns to join their comrades in Idleb.

The source said that in the coming hours they would move all reinforcements towards the southern Idleb countryside and that they were prepared to enter the battle alongside the Clear Victory Operations Room as soon as they arrived.

There have been popular calls for the National Army, which operates in the Euphrates Shield and Olive Branch areas, to take part in the military confrontations in the northern Hama and southern Idleb countryside after regime forces were able to advance, taking advantage of the air cover and pursuing a scorched-earth policy.