After months of delays, Russia believes that the much anticipated constitutional committee is expected to meet for the first time in Geneva next month writes Asharq Al-Awsat. 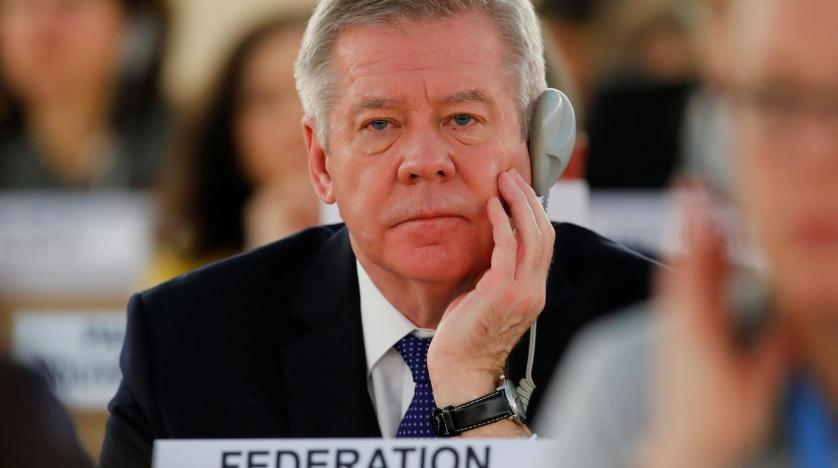 Russia hopes that an agreement can be reached soon under UN auspices on forming Syria’s new constitutional committee and that it can convene in Geneva as early as September, Moscow’s envoy, Gennady Gatilov, said on Friday.

Formation of a constitutional committee is key to political reforms and new elections meant to unify Syria and end the war.

Special Envoy Geir Pedersen said in Damascus last month after talks there that the United Nations was close to agreement with Syria on setting up the constitutional committee, a long-awaited step in the stalled peace process.

Gatilov, Russia’s ambassador to the United Nations in Geneva, told a briefing on Friday that he expected Pedersen to announce agreement on its composition soon after the conclusion of negotiations between the Syrian government and the opposition.

Asked whether the body might convene by year-end, Gatilov replied: “Even earlier, hopefully in September.”

“It is a significant progress and it opens the way for first of all starting the work of the constitutional committee and in general the way to a political solution of the Syrian crisis,” he was quoted as saying by Reuters.

Jenifer Fenton, Pedersen’s spokeswoman, said: “The Special Envoy looks forward toward the conclusion of the composition and the rules of procedures for the Constitutional Committee. Russia’s active support of the UN political effort toward ensuring a comprehensive political solution that is Syrian owned and led, and in line with Security Council resolution 2254 – is appreciated.”

In Ankara, Turkish Foreign Minister Mevlut Cavusoglu said on Thursday the process of establishing a Constitutional Committee had reached the final stage.