A barrage of rockets from opposition held areas struck a number of different sites across Hama, including the location of the S-400 air defense system reports Baladi News. 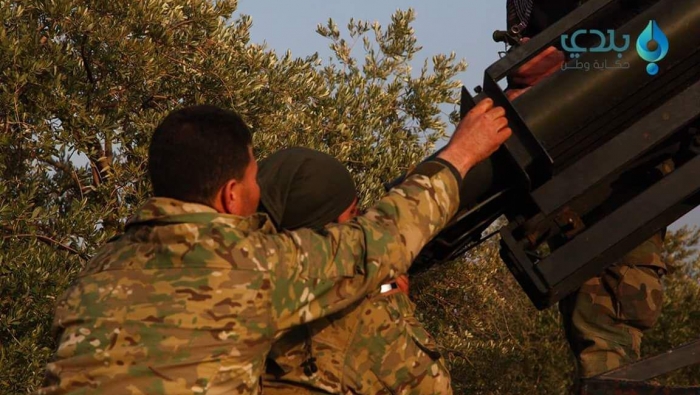 On Monday, Syrian rebel groups struck a number of positions belonging to the militias of the regime, Russia and Iran in the western Hama countryside with more than 50 Grad rocket strikes.

Baladi News’s correspondent in Hama said that the opposition groups launched two rocket salvos at the militias of the regime, Russia and Iran in the Masyaf countryside in the western Hama countryside.

In a statement on social media, the Ansar al-Tawheed group claimed responsibility for the attack, adding that the bombardment had hit Russian air defense positions west of Masyaf which were home to the S-400 and S-300 systems.

Regime media said that blasts occurred around Masyaf resulting from what it called “foreign aggression” and that air defense platforms were struck. It then recalled the news and only acknowledged that the source of the shells was from opposition-controlled territory.